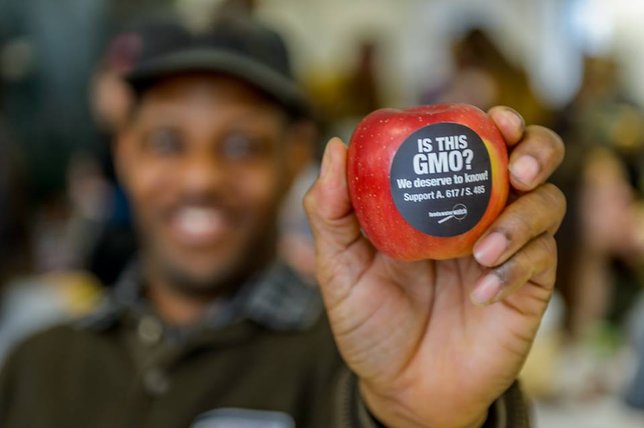 East Meadow, NY – This week, Food & Water Watch is generating over 100 phone calls into representatives’ offices around East Meadow, urging them to support Assembly Bill 617 / Senate Bill 485, which would give consumers critical information about what’s in our food and how it is produced. The bill would label genetically engineered foods in New York, which are pervasive in our food supply, but are often bred to withstand applications of harsh chemicals. Local residents are calling on Assembly Member McKevitt and Senator Michael Venditto to support the GMO labeling bill.

Long Island residents have made over 200 calls in the last few weeks, demanding the right to know if food is genetically engineered in order to make informed decisions about what to eat and feed their families.

“I find it so hard to believe that we even have to fight for such a basic right as knowing what is in the food we are feeding ourselves and our children,” says Jacqueline Hassett of Farmingdale. “There are many people I’ve talked to that already think our food is labeled for GMOs and are shocked to find out they’re not”

An overwhelming majority of Americans — over 90% in many polls— want GMOs to be labeled. New York would be the fourth state, following Vermont, Connecticut and Maine, to pass a law in support of labeling.

At the federal level, the U.S. Senate is currently considering legislation that would block state efforts to label GMOs. If passed, S.2609 would undermine democratically enacted state laws that give consumers the right to know what’s in our food. The proposed federal legislation could create a weak, voluntary measure for labeling genetically engineered foods that would limit access to information to those with internet access or a smart phone. New Yorkers – and the majority of Americans – want GMOs to be labeled.

“We are an organic farm that strives to provide a clean food source to the community. Our first priority is to keep our farm and the produce and products we sell in our farm store non-GMO,” says Judi Consigli, Operations Manager at NLT Crossroads Farm in Malverne. “We believe that consumers have the right to know what is in their food and all food products should be labeled.”

The effort to label GMOs in New York is growing in Long Island and across the state. Consumers are calling on state legislators to pass A. 617/S. 485 and thanking U.S. Senators Gillibrand and Schumer for opposing S.2609 and protecting New York’s right to decide whether to label genetically engineered foods. Activists will make hundreds of calls this week, in addition to 1300 petitions signatures they’ve gathered this spring, as well as a letter with 45 local businesses, organizations, and parents urging Long Island representatives to support the bill.

“We need to ask our politicians just who is it they are working for, big agriculture and Monsanto or the American people?” Hassett says.

About Food & Water Watch
Food & Water Watch champions healthy food and clean water for all. We stand up to corporations that put profits before people, and advocate for a democracy that improves people’s lives and protects our environment.

Food & Water Watch is a Washington, DC-based non-governmental organization and consumer rights group. Any views or positions expressed or advocated by the group are its own, and do not necessarily reflect those of LongIsland.com or its staff.