Yahoo Beats Google in Traffic for First Time Since 2011

Yahoo resurged as the most visited suite of websites in July 2013. 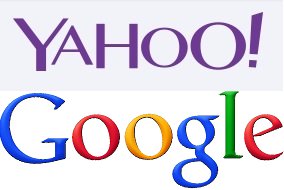 Google has blossomed into one of the largest technology companies in the world over the last several years. The web giant has acquired massively popular websites such as Youtube, built one of the most widely used mapping and GPS systems, pushed forward the world’s most widely bought smartphone operating system, purchased a company which produces smartphone hardware, developed a commonly used cloud storage system, and, of course, is home of the Internet’s most trafficked search engine. Despite all that, visits to Google’s websites did not stack up to traffic to those owned by Yahoo for the first time in over two years.

To be certain, Google is still the most used search engine on the Internet by a longshot, but both companies own a large chunk of the web in addition to the their original homes, and the total traffic to Yahoo’s various sites topped out at 196.6 million visitors this past July. ComScore reports that Google had only 192.3 million for that same period.

The 20% year-over-year bump for Yahoo marks the first time since May 2011 that a company has bested Google for top honors; Yahoo ranked third for the same period last year. Beating out her former employer is a major achievement for Yahoo’s current CEO, Marissa Mayer, who has made several major changes to the company’s operating model since taking command last summer.

Surprisingly, bringing Tumblr—the 28th most popular US site on the Internet—did not directly contribute to the victory according to comScore’s VP of industry analysis, Andrew Lipsman. Mayer pointed to the redesign of various Yahoo services, including mail, news, weather, and sports, for both PC and mobile platforms as the source of the surge in traffic. Yahoo’s revamped tablet app for mail, for example, was responsible for a 120% spike in and of itself.

News of buyouts and mergers between websites has become a fairly regular occurrence in recent years, but Yahoo’s recent momentum is a strong indicator there is still plenty of traffic to go around.