This legislation would improve the disability benefits for permanently disabled volunteer firefighters and volunteer EMS workers. 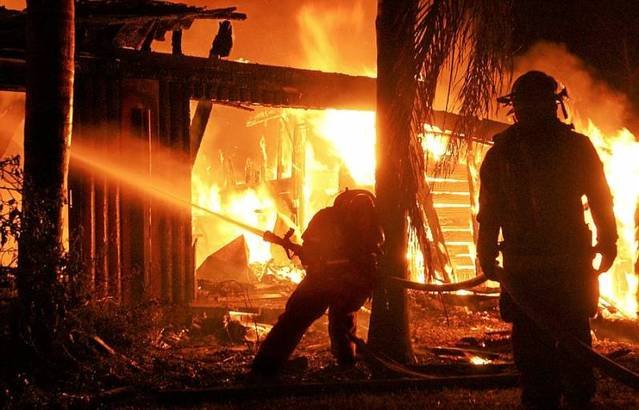 Photo by: Twibeard, via Free Images.

Rochester, NY - August 17, 2016 - The President of the Firemen’s Association of the State of New York (FASNY), Ken Pienkowski, joined with State Senator Rich Funke and Assemblyman and Majority Leader Joseph Morelle today to call upon Governor Andrew Cuomo to sign S1000D / A5113C into law. This legislation, which is sponsored by State Senator Funke and Assemblyman Joseph Morelle, would improve the disability benefits for permanently disabled volunteer firefighters and volunteer EMS workers.

They were joined by Michael Nicholson, a volunteer firefighter from Bushnell’s Basin who is permanently disabled as a result of injuries sustained in the line of duty. The legislation unanimously passed both the State Senate and Assembly during the 2016 session, and now awaits the Governor’s call and signature.

In 1972, Michael Nicholson was a 17-year old volunteer firefighter in Bushnell’s Basin, just a few miles from downtown Rochester. He responded, along with his fellow firefighters, to an emergency call, and was struck by a car while operating at the incident. It was a life-altering experience. Mr. Nicholson suffered broken legs, a skull fracture, collapsed lungs, sustained a stroke, and ultimately sank into a coma for several weeks. When he regained consciousness, he required leg braces and crutches, and was unable to focus in school. He suffered from poor memory and required speech therapy.

Since then, Mr. Nicholson has led a crusade to improve the disability benefits for permanently disabled volunteer firefighters. Along with about 30 other permanently disabled firefighters in New York State, he has been pushing for the disability benefit to adjust for inflation and cost-of-living increases. This change from $400 to $600 would represent the first increase of this benefit since 2007.

“My life has been defined by my time in the volunteer fire service,” said Michael Nicholson. “I am extremely grateful to my fellow volunteers for their support, as well as to Assemblyman Morelle and State Senator Funke for championing this important issue. The signing of this bill into law will go a long way toward helping not just me and other disabled volunteer firefighters, but also those who might be tragically injured in the future.”

“We often refer to firefighters as the ‘bravest,’ but these disabled volunteers are truly the bravest among us,” said FASNY President Ken Pienkowski. “They have sacrificed their livelihoods and their bodies in service to their communities, answering the call for help from complete strangers. New York State can never truly repay them, but by signing this bill, Governor Cuomo can help to make their lives just a little bit easier.”

“Volunteer firefighters whose lives are permanently altered in the line of duty deserve our thanks, our praise, and most importantly our support,” said State Senator Rich Funke. “I am proud to have worked with Majority Leader Morelle and FASNY to pass this legislation that would give heroes like Mike Nicholson their first benefit increase in a decade. For the good of these brave men and women, I call on Governor Cuomo to sign this bill into law as soon as possible.”

"Every day, the brave men and women who make up our state’s volunteer firefighters and ambulance workers selflessly put themselves in harm’s way in the name of serving and protecting their communities,” said Assembly Majority Leader Joseph D. Morelle. “In turn, it is our duty to serve them in a time of need. I urge the Governor to sign this legislation and ensure that these devoted individuals and their families receive the support and peace of mind they so rightfully deserve."

About FASNY
Founded in 1872, the Firemen’s Association of the State of New York (FASNY) represents the interests of the nearly 110,000 volunteer firefighters and emergency medical personnel in New York State.