FASNY to New Yorkers: Leave the Fireworks to the Professionals This 4th of July

With Independence Day quickly approaching, the Firemen’s Association of the State of New York (FASNY) is urging New Yorkers to stay safe and leave the fireworks to the professionals. 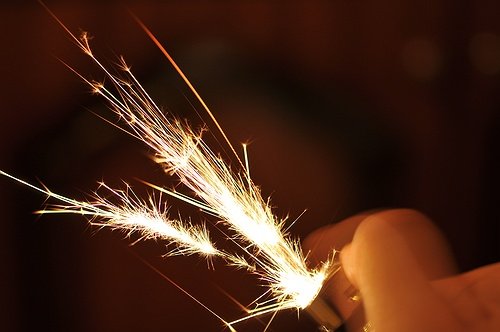 Albany, NY - June 30, 2015 - With Independence Day quickly approaching, the Firemen’s Association of the State of New York (FASNY) is urging New Yorkers to stay safe and leave the fireworks to the professionals.

Recently, a number of localities in the state have approved the sale of certain fireworks as part of Chapter 477 of the Laws of 2014.  Although some fireworks may be legal to buy and use, FASNY is warning that the possibilities of injury and fire are very real and is recommending that New Yorkers take in one of the hundreds of public firework displays instead.

“Even though in some places certain types of fireworks are legal, we are urging New Yorkers to be smart and leave the fireworks to the professionals,” said FASNY President Robert McConville. “Don’t let an injury or fire ruin your Fourth of July Holiday.  Instead, take in one of the hundreds of public fireworks displays available throughout the State.”

In addition to producing scorching temperatures leading to severe burns, FASNY pointed to a recent house fire in Washington County that was caused by recently legalized fireworks.

“The fact remains that this fire could have been avoided.  But instead a home was damaged and firefighters were called upon to extinguish a dangerous blaze,” McConville continued.

According to the National Fire Protection Association (NFPA), thousands of people are injured while using consumer fireworks every July 4th holiday.  The risk of fireworks injury is two-and-a-half times as high for children ages 10–14 as for the general population.

It’s important to remember how dangerous sparklers can be.  The tip of a sparkler burns at a temperature of more than 1,200 degrees Fahrenheit, which is hot enough to cause third-degree burns.

About FASNY
Founded in 1872, the Firemen’s Association of the State of New York (FASNY) represents the interests of the more than 92,000 volunteer firefighters and emergency medical personnel in New York State.  For more information, visit here.