The new map is said to ease communication between residents and officials when it comes time to evacuate again. 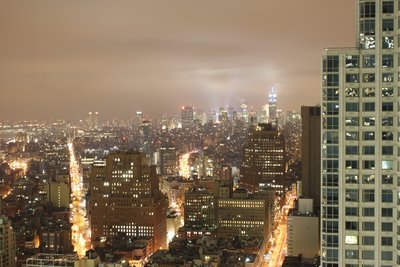 New York City’s flood evacuation zone maps were dated and had little detail before Sandy hit. It was broken up in to three zones and made up of two million people. On Tuesday New York City Mayor Michael Bloomberg released a new and more detailed flood zone map in preparation for the next big storm.

Zones A, B, and C, would be replaced with zones one through six. This new map adds 600,000 people bringing the total number of people who need to be evacuated during a storm up to 2,990,000. During the next super storm up to 37% of all New York City residents would have to evacuate their homes. Zone 1, the area most vulnerable to flooding, includes Coney Island and the Far Rockaways. 370,000 residents in those neighborhoods would have to leave their homes in case of flooding.

The maps took in to consideration three factors when putting together the data. The Army Corps of Engineers studied the water’s elevation at the city’s shoreline and estimated what kind of damage would come from high tide during smaller and bigger storms.

To determine how many residents had to be moved, Joseph F. Bruno, Commissioner of New York’s Emergency Management, says the census helped determine the overall population of the city. The six storm zones were decided by the National Weather Service’s latest hurricane surge data. In an interview with the New York Times, Bruno says, "Our attempt is to avoid over- and under-evacuation based on the intensity of the storm, the size and the track, we will decide what zones we will evacuate."

This new flood zone is put in place to hopefully avoid situations like the one on the Coney Island Boardwalk where Nursing Home residents weren’t evacuated before Sandy made her way through the East Coast.