Governor Cuomo signed legislation to protect children across New York State from exposure to second-hand smoke. The bill prohibits individuals from smoking near schools while after-school programs are in operation. 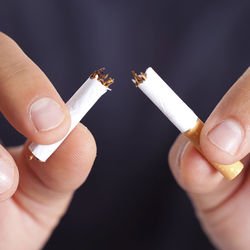 Albany, NY - August 13, 2015 - Governor Cuomo signed legislation to protect children across New York State from exposure to second-hand smoke. The bill prohibits individuals from smoking near schools while after-school programs are in operation.

“This commonsense measure will help protect children from the dangerous effects of second-hand smoke and complements ongoing efforts that have resulted in smoking in New York hitting an all-time low," Governor Cuomo said. “I thank the sponsors for their efforts to make this a stronger and healthier New York."

This bill (S.993-A/A.5917-A) expands the ban on smoking within 100 feet of the entrances, exits or outdoor areas of public and private schools to prohibit smoking during after-school programs. The ban would be in effect only during those hours in which the after-school programs are in session. Residences or residential property within the 100 foot perimeter would be excluded from the new law's smoking ban. In addition, the new law requires such programs to post signs specifying the times at which smoking is prohibited.

Senator Gustavo Rivera said, “I commend Governor Cuomo for signing into law this bill to ensure that children in our communities are not subjected to the dangers of second hand smoking when entering or exiting their after school programs. After school programs should be safe learning spaces and Assemblymember Pichardo and I will continue to work hard to safeguard our community’s public health.”

Assemlymember Victor Pichardo said, “I am elated at the news of this bill’s passage. It is critical that we do everything we can to protect the health of our children, and I want to thank the Governor for signing this important legislation into law. With the help of Speaker Carl Heastie, Senator Gustavo Rivera and my colleagues, our children will no longer be exposed to the harmful and dangerous effects of secondhand smoke while participating in after-school activities that enrich their lives.”