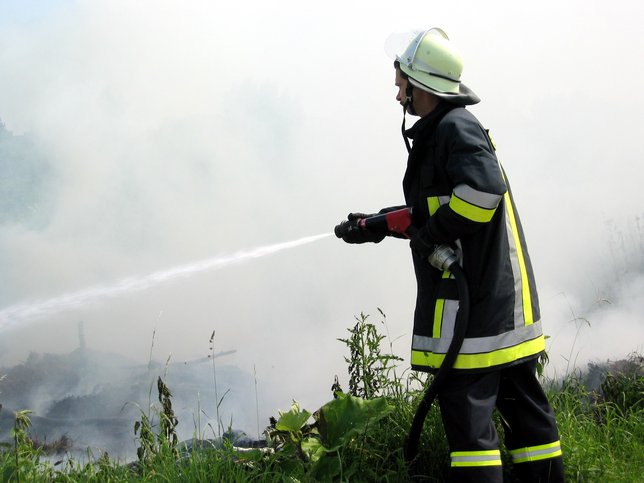 Albany, NY - August 11, 2014 - Governor Andrew M. Cuomo today welcomed the return home of the 20-member New York firefighting crew that traveled to Washington State to assist in the containment of the Chiwaukum Creek Complex wildfire. The 13,880-acre wildfire is now 40 percent contained and firefighters from others states are continuing to assist the U.S. Forest Service to battle nearly one million acres of active fires in the Northwest.

“I thank these brave New York firefighters, who answered the call and put their lives on hold to help Washington State residents in their time of need,” Governor Cuomo said. “The selflessness and professionalism of these men and women are second to none. I’m proud to welcome them home and am grateful for their safe return.”

The crew, comprised of Department of Environmental Conservation (DEC) forest rangers, employees and volunteers, worked to contain Chiwaukum Creek Complex wildfires, located outside of Leavenworth, Washington, for the past two weeks. The incident was caused by a lightning strike. Initially, the crew was assigned to help fight wildfires in Oregon, but the need in Washington State was deemed to be greater so the crew was reassigned.

“We welcome the return of these brave men and women who have spent the last two weeks helping to contain large wildfires and protect precious natural resources,” DEC Commissioner Joe Martens said. “All New Yorkers should be proud of this crew for demonstrating courage and compassion in assisting others in a time of need, and we are thankful that they have returned safely.”

When the New York team arrived in Washington, there were approximately 220 firefighters and support personnel assigned to the fire, but that number rose to more than 650 as the wildfires spread. The New York team assisted in creating control lines to contain the wildfires, clear materials from the path of the fires and assist with burnout operations. During their time, the crew worked in rough terrain and endured daily temperatures that approached 90 degrees Fahrenheit. Following their two-week assignment, the crew was flown back to Manchester, New Hampsire and rested overnight before boarding buses for their return home this morning.

The New York crew included rangers, employees and volunteers across the State.

Firefighters from states across the country supporting the U.S. Forest Service are currently working against 17 wildfires or sets of blazes in the Northwest – 13 in Oregon and four in Washington, covering at total of nearly one million acres.