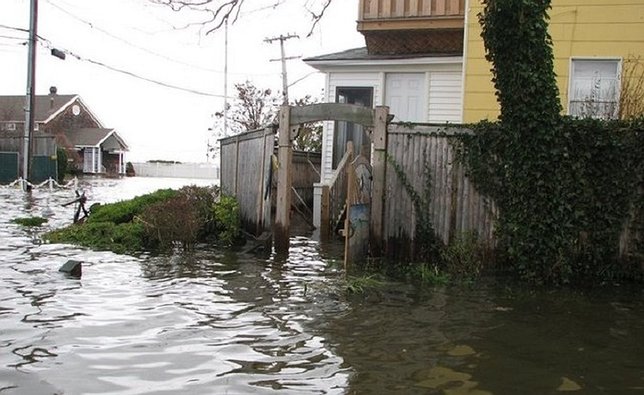 Schneiderman: Today's charges reveal a flagrant disregard for the well-being and safety of New Yorkers, and my office will not tolerate it.

“Fraudulently altering engineering reports undermines the integrity of the entire FEMA claims process, which homeowners and families rely upon in a time of crisis. Today’s charges reveal a flagrant disregard for the well-being and safety of New Yorkers, and my office will not tolerate it,” said Attorney General Schneiderman. “Along with our criminal investigation, my office has also released a reported calling on federal regulators and industry participants to enact reforms to ensure that the insurance claims process is more transparent, which will help protect homeowners against the alleged fraud that we have uncovered. When the next major storm hits, it’s crucial that families know exactly what kind of damage is covered by insurance, and that their claims are being handled professionally and reliably.”

In June 2014, counsel for owners of residential properties in New York that had incurred damage as a result of Superstorm Sandy reported alleged fraudulent alterations in engineering reports to the Office of the Attorney General (“OAG”).  In December 2014, the OAG’s Criminal Enforcement and Financial Crimes Bureau commenced a criminal investigation into the suspected unlicensed practice of professional engineering and forgery of engineering reports by engineering firms operating in Nassau County and elsewhere in New York.

According to statements made by prosecutors at arraignment, after Superstorm Sandy in October 2012, HiRise, a Uniondale-based engineering firm, was contracted to perform structural engineering assessments for properties covered under the National Flood Insurance Program. HiRise, in turn, retained numerous licensed professional engineers to perform house inspections and prepare engineering reports.

According to prosecutors, the original reports authored by the on-the-ground, subcontracted professional engineers were allegedly altered by employees of HiRise, under the direction of project manager Pappalardo.  Pappalardo and the other HiRise employees who made the alterations to the original reports did not personally inspect the damaged buildings and were not licensed to practice engineering in New York State. The altered reports were then allegedly submitted by HiRise, and ultimately provided to the adjusting firms, without the consent or approval of the underlying professional engineers. Federal flood claim administrators and adjusting firms then relied on these reports as part of their evaluation of coverage under the NFIP.

Pappalardo, 38, and Hi Rise were arraigned today in Nassau County Supreme Court before the Honorable Robert Vogle.  Bail for Pappalardo was set at $20,000 cash over $40,000 bond.

The charges against the defendants are allegations and they are presumed innocent until proven guilty in a court of law.

In addition to the crimes charged in Nassau County, the Attorney General’s investigation into the damage assessment process after Superstorm Sandy has also uncovered evidence of other crimes which fall outside the scope of New York State’s jurisdiction.  As a result, the Attorney General has referred these findings to the United States Department of Justice.

The Attorney General’s Report, entitled “Murky Waters:  Increasing Transparency and Accountability in the National Flood Insurance Program, Findings and Recommendations in the Wake of Superstorm Sandy,” identifies several fundamental flaws related to both the scope of coverage and the structural damage assessment process under the NFIP.  The report also calls for the immediate implementation of specific reforms.

Flaws in the NFIP identified by the OAG include:

Reforms to the NFIP recommended by OAG include:

Attorney General Schneiderman also thanks the New York State Education Department, Office of Professions for their valuable assistance on this investigation.