Schumer, Gillibrand Announce More Than $1M in Federal Sandy Relief Funds For Repairs to Dunes in Town of Brookhaven

U.S. Senators Charles E. Schumer and Kirsten Gillibrand today announced $1,092,917 in federal funding to the Town of Brookhaven for restoration work to dunes at Friendship Beach that were damaged as a result of Superstorm ... 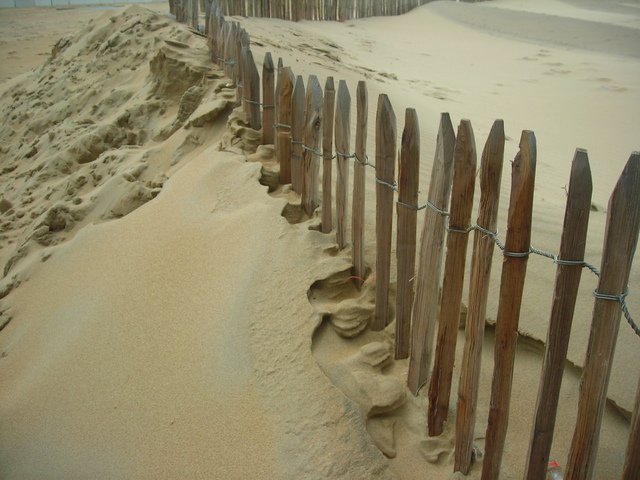 FEMA funds for the Town of Brookhaven for Sandy-related repairs at Friendship Beach will also help protect against future damage.

Long Island, NY - December 17, 2015 - U.S. Senators Charles E. Schumer and Kirsten Gillibrand today announced $1,092,917 in federal funding to the Town of Brookhaven for restoration work to dunes at Friendship Beach that were damaged as a result of Superstorm Sandy. The funding is being provided through the Federal Emergency Management Agency’s Public Assistance program.

“Superstorm Sandy caused significant damage to beaches throughout Long Island, including in the Town of Brookhaven. This federal funding will help the Town of Brookhaven restore and repair Friendship Beach without burdening local taxpayers with undue stress and hardship and make the dunes stronger in the event of a future storm,” said Senator Schumer.

“I am pleased the Town of Brookhaven will get this federal funding to help cover the cost of repairing damages to Friendship Beach caused by Superstorm Sandy,” said Senator Gillibrand. “Superstorm Sandy devastated our communities, and this critical FEMA funding will help provide much needed resources as recovery efforts continue. I will continue to fight for funding so we can rebuild even stronger and be ready for when the next storm hits.”

Brookhaven Town Supervisor Ed Romaine said, "Our shore front communities were devastated during Superstorm Sandy and many of the erosion issues that were created then still exist and continue to cause damage. Friendship Beach was especially hard hit and I thank Senators Schumer and Gillibrand for securing this funding so repairs can be completed."

“This $1.3 million mitigation project will allow us to not only repair the damage caused by Superstorm Sandy at Friendship Beach but also strengthen our infrastructure to prevent future damage from occurring,”said Highway Superintendent Daniel P. Losquadro. “From initial design to this appropriation, we have worked with our partners in FEMA to secure the nearly 90% funding that will provide relief to local taxpayers. I look forward to the completion of this and other projects we have been successful in securing federal funding for.”

The Town of Brookhaven sustained severe damage as a result of Superstorm Sandy’s heavy rains, flooding and storm surge. The Town’s beaches, bluffs, dunes, surface erosion control features, headwalls and drainage system at Friendship Beach sustained damage. Specifically, the center section of the gabion revetment system was heavily damaged and the entire west wingwall section was displaced and misaligned. According to FEMA, with this funding, the Town of Brookhaven will remove existing gabion baskets and stockpile existing stone for later use. All gabion basket wire will be discarded and new gabion baskets will be made with the proper wire and refilled using existing stone and additional new stone. The Town of Brookhaven will make repairs to a headwall made up of several gabion filled baskets. In addition, the corrugated metal drainage pipe within the gabion basket center section was undermined and collapsed. To replace the pipe, it will require trenching and culvert excavation with the installation of temporary steel sheeting to prevent collapse. Moreover, the destroyed galvanized chain link fence will be removed and replaced. The Town of Brookhaven will also replace the soil loss that was eroded above the fail drainage pipe by using a long reach excavator. Also, the surface materials that were lost will be restored to prevent surface erosion. To prevent future bluff erosion beyond the west wingwall, soil/fill and surface materials will need to be restored. A timber staircase was completely destroyed leaving small remnants and sections behind. The town will replace the timber stairway in-kind with railings with pressured treated wood.

According to FEMA, to mitigate against future storm damage, the Town of Brookhaven will replace the gabion revetment system with bulkhead. To reduce future similar damage associated with the pipe failure, the outfall pipe is proposed to be high density polyethylene steel reinforced with no joints and will provide greater strength than the existing corrugated aluminum pipe. A hydrodynamic separation unit will be installed prior to the outfall to improve water quality at this location.