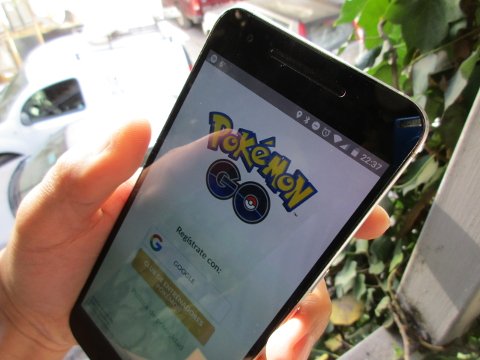 “Protecting New York’s children is priority number one and, as technology evolves, we must ensure these advances don't become new avenues for dangerous predators to prey on new victims," Governor Cuomo said. "These actions will provide safeguards for the players of these augmented reality games and help take one more tool away from those seeking to do harm to our children."

At the Governor’s direction, DOCCS has imposed a new condition of parole for sex offenders under community supervision that will prohibit them from downloading, accessing, or otherwise engaging in any Internet enabled gaming activities, including Pokémon GO. The directive will apply to nearly 3,000 Level 1, 2 and 3 sex offenders currently on parole. The Department of Criminal Justice Services will additionally be providing guidance to county probation offices recommending the adoption of this policy. ​

The Governor has also directed DCJS to reach out to Niantic, Inc. to provide the most up-to-date information of offenders within the Sex Offender Registry.

DCJS will also contact Apple and Google to inform them of these public safety concerns and work with them to enhance user safety. Software developers that operate mobile games like Pokémon GO should be entitled to the same information that is regularly shared with companies like Facebook, Apple and Microsoft.

These actions were spurred by a recent report by Senators Jeffrey D. Klein and Diane Savino demonstrating that children playing this popular augmented reality game have unknowingly been steered to locations in close proximity to, or even at, sex offender residences.

Additionally, a feature of the game, where, for a small fee, a "lure" can be purchased to intentionally encourage traffic to a particular location, also appears to have the potential to be abused by predators.

Senator Jeffrey D. Klein said: "Pokémon GO provided sex offenders with a virtual road map to our children. We know that pedophiles always seek new ways to lure victims and this new technology that entertains our kids, could also bring them close to dangerous individuals instead of Pokémon. In fact, my Pokémon GO investigation uncovered a disturbing correlation between high level sex offenders' residences and in-game objectives. While this directive is a good first step, there's still more work to be done legislatively to protect children who use this technology and I will continue to monitor this situation. I applaud Governor Cuomo for taking action on my investigation within 48 hours to protect New York's children."

Senator Diane Savino said: "Pokémon GO entertains our children, but it forgets about the reality of this world: it can be dangerous. Sex offenders who download the game legally could pinpoint hot spots where children congregate, like pokestops or gyms, and meet them in person. The investigation I conducted revealed that these spots were located near the homes of these dangerous individuals. I will continue to fight for legislation to keep our children safe. I thank Governor Cuomo for immediately responding to our investigation in the interest of children across New York State.”

As Attorney General in 2008, Governor Cuomo introduced the Electronic Security and Targeting of Online Predators Act to protect New York’s children from online predators. The landmark legislation, which has led to numerous groundbreaking protections for internet users, mandates that sex offenders register and keep up-to-date all current email accounts, screen names, and any other internet identifiers with the New York State Division of Criminal Justice Services. This list is then given to more than two-dozen social networking companies on a weekly basis and those sites use it to purge offenders from their membership rosters. Since enacted, DCJS has sent approximately 52,000 records related to 18,544 New York state registered sex offenders of all risk levels to 40 technology companies each week in order to remove them from social network sites.