Governor Cuomo announced that the New York State Police and local law enforcement across New York will participate in the national “Drive Sober or Get Pulled Over” campaign from Friday, December 18, 2015 through Friday, ... 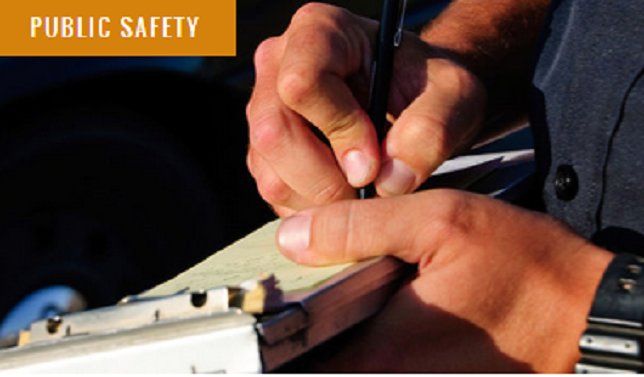 New York State troopers will be cracking down on dangerous drivers this holiday season.

Albany, NY - December 17, 2015 - Governor Cuomo announced that the New York State Police and local law enforcement across New York will participate in the national “Drive Sober or Get Pulled Over” campaign from Friday, December 18, 2015 through Friday, January 1, 2016. Drivers can expect to see sobriety checkpoints and increased patrols along roadways during the campaign, which is funded through the Governor’s Traffic Safety Committee.

“State Troopers will be out in force this holiday season to crack down on dangerous drivers,” Governor Cuomo said. "New York State has zero tolerance for drunk driving and the preventable tragedies it causes. I encourage all motorists to obey the rules of the road and to think twice before getting behind the wheel this holiday season.”

In addition to the DWI checkpoints and patrols, Troopers will be watching for distracted drivers, vehicle occupants who are not properly buckled up and drivers violating the “Move Over Law,” which requires motorists to exercise extreme caution when passing emergency vehicles that are stopped in or on the side of the road.

Superintendent Joseph A. D’Amico said, “Traffic safety will be a top priority this holiday season. Troopers will be out on our highways and very visible through New Year’s, with the goal of making everyone’s holiday a safe one. If you’re celebrating, please do so responsibly. Don’t drink and drive, and if you are drinking, designate a sober driver or plan ahead for a ride home. Impaired drivers cause needless deaths and injuries. Have a plan and you could save a life – maybe even your own.”

Acting GTSC Chair and Department of Motor Vehicles Executive Deputy Commissioner Terri Egan said, “For many New Yorkers, the holidays are filled with get-togethers, parties, and events to celebrate the season, but we should never lose sight of what’s most important, and that’s staying safe and healthy. That means having a plan and a designated driver, every time you drink. There’s no happy ending to impaired, drugged, distracted, or reckless driving. We encourage everyone on the roads to do their part and take the proper precautions to get home safely.”

During the campaign, Troopers will be using both marked State Police vehicles and Concealed Identity Traffic Enforcement (CITE) vehicles as part of the operation. The CITE vehicles allow Troopers to more easily identify motorists who are using handheld devices while driving. These vehicles blend in with every day traffic but are unmistakable as emergency vehicles once the emergency lighting is activated.

During last year’s crackdown, State Police issued more than 49,000 tickets. Of those tickets more than 17,000 were for speeding, 1,730 were for distracted driving and 697 for the “Move Over Law”. There was also 702 people arrested for DWI and 13 people killed in vehicle crashes.

The facts are grim: During the 2013 holiday period, 1,180 people nationwide were killed on the road, with almost a third of the fatalities related to drunk-driving. On Christmas Day that year, 23 people were killed by drunk drivers.

To keep our roads safer this holiday season, the New York State Police, the GTSC and the National Highway Traffic Safety Administration offer these tips: