The House passed a bipartisan bill yesterday, and President Obama is expected to sign it into law, having encouraged Congress to lower interest rates. 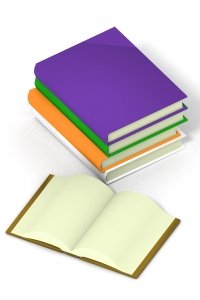 The House of Representatives approved a bill to reduce the interest rates on federal student loans on Wednesday. Predominantly Republican, the House voted in near-unanimity by a margin of 392-31 to pass the bill a week after the Democratic-controlled Senate voted 81-8 to do the same.

The bill will cut interest on Stafford loans—including those taken out in the month of July when rates skyrocketed from 3.4% to 6.8%—to 3.9% for undergraduate students this year. Graduate students will be able to borrow at a 5.4% rate, and parents of those heading off to school can take loans at 6.4%.

President Obama, who has previously urged Congress to undue July’s spike in the cost of student loans, is expected to sign the bill into law, but the legislation does not guarantee the rates will stay low. Instead, interest is strapped to the performance of the economy, and if the markets pick up then rates will increase for students in future school years.

The bill does afford some protections for future scholars, capping rate increases at 8.25% for undergrads, 9.5% for graduate students, and 10.5% for parents. Those rates are, of course, higher than the 6.8% faced by this academic year’s students which the bill was crafted to prevent.

“The bottom line is that students will pay more under this bill than if Congress did nothing, and low rates will soon give way to rates that are even higher than the 6.8 percent rate that Congress is trying to avoid,” said Chris Lindstrom, higher education program director of the consumer group US PIRG.

Congressional estimates assume the new structure will work to the benefit of students through 2015, but after that rates are expected to climb past the 6.8% mark as the economy strengthens.

If the bill is signed into law and remains intact—which it may not, as the issue of loans is expected to be revisited when a rewrite of the Higher Education Act is attempted this fall—then it is estimated to reduce the deficit by $715 million over the next ten years while federal loans grow to become a $1.4 trillion program.