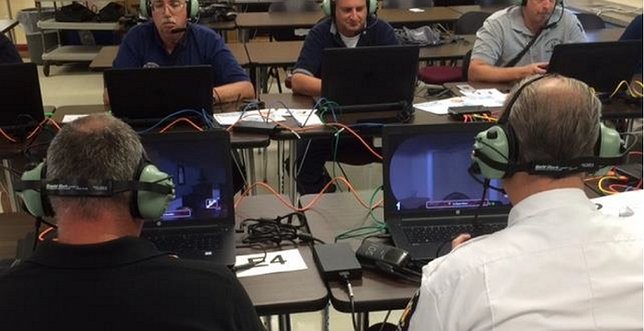 Suffolk County, NY - July 31, 2016 - The Wounded Warrior Amputee Softball Team (WWAST), which has been featured on “Real Sports with Bryant Gumbel ” on HBO, ESPN , the “Today Show” on NBC and other national media, visits Suffolk County, Long Island for the first time in two years on August 6-7, 2016. The team, which is comprised of wounded veterans from around the country, will play two games competing against local celebrities, politicians, sports figures and friends of the WWAST. In addition, the WWAST will have a friendly ‘Home Run Derby” hosted by the Bayport-Blue Point Little League as a warm-up. These events are all family-oriented, open to the public and free- of-charge.

“It is very exciting to be returning to Long Island to play,” said Dennis Wince, WWAST Executive Director and US Army Retired Veteran.  “Working with the event organizer, we have seen firsthand the strong pride that this area displays for military personnel and Wounded Warriors and it is very gratifying to see the recognition for those that have served our country.”

The Wounded Warrior Amputee Softball Team was founded more than five years ago to provide a competitive activity for veterans who had amputations due to injuries sustained in combat. The mission of their organization is to inspire and educate others while enhancing the health and welfare of Wounded Warrior Amputees. The organization also funds an annual Kids Camp for children who have lost limbs due to amputation.

Matias Ferreira, a Marine Corps veteran who has recovered from severe injuries he suffered while deployed in Afghanistan, plays infield. He lives with his family on Long Island.

“It’s great to have this team of remarkable men play on Long Island again. We are particularly excited to see local hero Mattias Ferreira,” said Joe Bartumioli, who serves as volunteer promoter of WWAST’s New York and Long Island appearances.

Their armor now includes prosthetic legs and arms, along with extreme perseverance and attitude. Together they are the WOUNDED WARRIOR AMPUTEE SOFTBALL TEAM. To learn more about this organization, visit www.woundedwarrioramputeesoftballteam.org.

The WWAST is not affiliated with other charities having the words “Wounded Warrior” in their name (e.g. Wounded Warrior Project, etc.). Since our inception, over 85% of our donations have supported programs helping Wounded Warrior Amputees, amputee children, and medical research.