Hires include general manager and leaders of its human resources, programming, and marketing divisions. 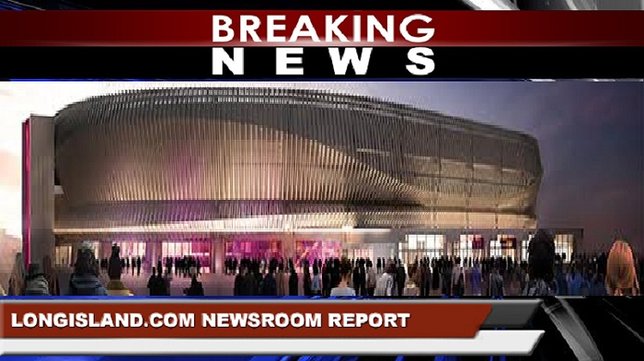 Long Island, NY - July 28, 2016 - Brooklyn Sports & Entertainment has named key members of the management team for the new Nassau Veterans Memorial Coliseum including the general manager and leaders of its human resources, programming, and marketing divisions.

Brooklyn Sports & Entertainment (BSE), the business enterprise that controls Barclays Center, the Brooklyn Nets, and the New York Islanders business operations, also is extending the role of AEG Facilities from Barclays Center to become Nassau Coliseum’s operator. BSE will continue to run programming, marketing, and sales for both venues and provide oversight for AEG Facilities.

Following an extensive renovation, Nassau Coliseum is scheduled to be completed by spring 2017, and transformed into a world-class sports and entertainment destination.

Nick Vaerewyck has joined Nassau Coliseum’s management staff as Senior Director of Programming after spending a decade at Talking Stick Resort Arena in Phoenix, Ariz. There, he served most recently as Director of Event Booking, managing more than 130 sporting, concert, and family events annually.

“We are excited to bring together an outstanding and experienced team to deliver a premier sports and entertainment venue for Long Island,” said Brett Yormark, CEO of Brooklyn Sports & Entertainment. “Our infusion of proven talent from around the country, including Long Island’s Matt Felker, further builds the foundation for what will be a world-class destination that Long Islanders deserve. As the venue’s spring opening draws closer we look forward to continuing to add the best in the industry to our staff.”

The programming schedule for the arena will feature hundreds of annual events including concerts, sports, family shows, and the Brooklyn Nets’ D-League team, the Long Island Nets. The venue will have a capacity of 13,000 for hockey, 13,500 for basketball, and 14,500 for standard concert configurations, with the ability to flex up to 16,000. The bowl will also have a theater seating option for 4,000 guests. Backstage, the venue will house Artist Quarters, a first of its kind among any sports and entertainment facility that will provide artists with world-class amenities.

SHoP Architects, designer of the internationally acclaimed Barclays Center, will create a stunning new façade for the Coliseum. The renowned global design firm Gensler is recasting the front- and back-of-house interiors into modern spaces aesthetically consistent with the marquee exterior. The construction manager is Hunt Construction Group.

Both the Coliseum and its future surrounding retail component are funded by $260 million in private investment and are anticipated to employ 2,700 people. The overall project site is 77 acres with the arena spanning 416,000 square feet.

About Brooklyn Sports & Entertainment
Brooklyn Sports & Entertainment (BSE) is the business enterprise that manages and controls Barclays Center, the Brooklyn Nets, and the New York Islanders business operations. It is currently overseeing the redevelopment of Nassau Veterans Memorial Coliseum, and will manage the Coliseum’s operations upon its opening in spring 2017. BSE identifies and creates alliances, strategic partners and other business opportunities to ensure the success of its assets. BSE was responsible for the naming rights partnerships for Barclays Center, IZOD Center, Rutgers’ High Point Solutions Stadium, and Ford Amphitheater at Coney Island Boardwalk, as well as the soon-to-be-named Nassau Veterans Memorial Coliseum. For additional information, visit Brooklynse.com.