Starbucks Embraces the Digital Age, 10% of Payments Made by Smartphones

Despite a slow economy, Starbucks has seen its business get a boost from various smartphone-friendly initiatives. 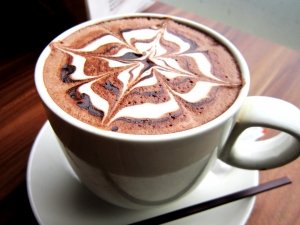 Starbucks announced its strongest third quarter performance in the company’s 42-year history on Thursday, showing a total net revenue increase of 13% to $3.7 billion for the 13-week period, despite being in the business of selling premium coffees in what is supposed to be a sluggish economy. That growth is thanks, at least in part, to the café chain’s dedication to working in conjunction with its clientele’s smartphones according to Starbucks’ Chief Digital Officer, Adam Brotman.

Customers have long had the ability to take their phones, tablets, laptops, and other mobile devices to Starbucks locations to take advantage of free WiFi access, and at the start of 2011 the company rolled out its mobile app and payment system to caffeine enthusiasts across the country. The app allows users to manage their reloadable Starbucks cards, keep track of loyalty rewards, and even forgo their wallets in favor of paying for a macchiato using only a smartphone. Last November, mobile-wallet firm Square partnered with the company to introduce a second method of phone-based payment, providing an alternative to those who do not wish to maintain a Starbucks card but would still prefer not to use cash or a credit card to get their espresso fix. The combination of the company’s own mobile app and Smart Wallet now accounts for 10% of its transactions made in the US; Starbucks cards themselves saw a 30% year-over-year growth in total dollars loaded.

The increasingly mobile-friendly nature of the coffee chain will not stop there, however. On Friday, Duracell announced it would be furnishing shops in the Silicon Valley area with wireless charging mats capable of energizing increasingly common phones and tablets with plug-less charging capabilities.

“This is the kind of improvement to the digital experience that our customers expect,” said Brotman. “Our internal measures tell us that these various digital initiatives have added demonstrable impact to our U.S. business in the third quarter, with the promise of even greater growth in the months and years to come.”

Ran Poliakine, CEO of Powermat Technologies, stated that “Wireless charging technology is becoming mainstream and people are beginning to expect that just like WiFi, they'll be able to charge up in those places that they ordinarily visit throughout their day.”

Installation of Duracell Powermats into Starbucks locations in Silicon Valley comes on the heels of a successful test run in Boston, and could mark the beginning of a larger national initiative.