A vehicle crossed both northbound lanes of travel, entered the center median and struck the guide rail, and subsequently rolled over, ejecting both passengers, authorities state. 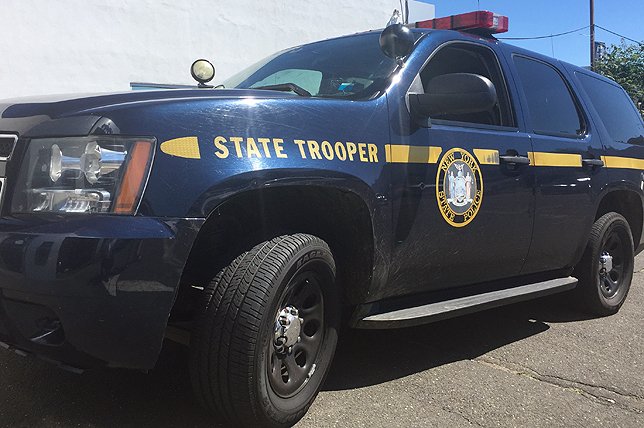 On Wednesday, July 26, 2017, Brentwood NY State troopers responded to a report of a single vehicle accident on the northbound Sagtikos Parkway.

Brentwood, NY - July 26, 2017 - On Wednesday, July 26, 2017, at approximately 1:30 am, Brentwood troopers responded to a report of a single vehicle accident on the northbound Sagtikos Parkway, south of Exit S3 (Pine Aire Drive).
Investigation revealed that Carlos H. Martinez, age 31, of Brentwood, NY, was operating a 2005 Dodge Caravan, traveling with his 8 year old child and sole passenger, inside the vehicle. Mr. Martinez was traveling northbound on the Sagtikos Parkway, when his vehicle began to exit the roadway and mount the right shoulder. The vehicle then crossed both northbound lanes of travel, where it entered the center median and struck the guide rail. The vehicle subsequently rolled over in the roadway and onto the 8 year old child, who was ejected from the vehicle during the accident.
The child was removed from under the vehicle by two good Samaritans, who stopped at the accident scene to help. The child was transported to Good Samaritan Hospital with serious injuries, but is expected to survive.
Mr. Martinez who was also ejected from the vehicle, was pronounced dead at the scene.
The investigation into this incident is ongoing.