Great Party For A Great Cause At Bay Street Theatre’s Rock The Dock! Summer Benefit Bash 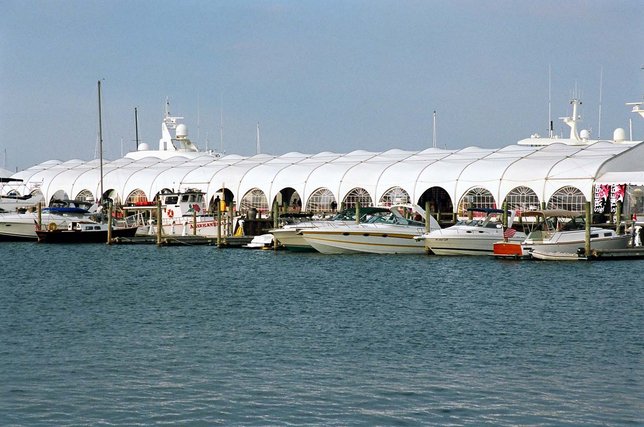 Sag Harbor, NY - July 23rd, 2013 -  Bay Street Theatre showed the Hamptons a fantastic party last Saturday, July 20, 2013 at its annual Rock The Dock Summer Benefit Bash. The evening, hosted by Susan Lucci, kicked off with a cocktail hour and silent auction, while guests arrived dressed to party on the Long Wharf in Sag Harbor. The waterfront benefit is held annually and is the theatre’s largest fundraiser of the year! The Rock the Dock Summer Benefit Bash supports Literature Live, kids’ camps, college internships, and other educational programs that keep Bay Street Theatre a cultural gem and a de facto cultural community-center within Sag Harbor.

After the cocktail hour, Executive Director Tracy Mitchell began the night with her opening speech bringing awareness of Bay Street Theatre’s contribution to the local community with the theatre’s Literature Live! program and the hosting of many other community organizations.

“In addition to serving as a cultural theatrical gem, Bay Street has grown to become the center for other organizations to host their events and their own fundraisers,” says Mitchell. “We wish to continue supporting and serving Sag Harbor in this way but the necessity to fundraise is great.”

After Mitchell’s speech, host Susan Lucci entertained guests with stories of her career and performed a song written by the late Marvin Hamlisch which he wrote as a dedication to her. Susan sang before an audience of over 400 guests with pianist Shawn Geough, followed by three-time Tony Award winner and Broadway singer Karen Ziemba as she stunned the audience with her amazing voice.

Peter Scolari, Conrad John Schuck, Tom Deckman and Laurent Giroux, the cast of A Funny Thing Happened on the Way to the Forum, which will open August 6th as part of Bay Street Theatre’s 2013 Mainstage season, performed “I’m Calm” and “Everybody ought to have a Maid” from the final 2013 summer production accompanied by musical director Ethyl Will as pianist.

Mitchell officiated the live auction with help from host Susan Lucci, Forum star Peter Scolari and guest auctioneer Michael Grim of Bridgehampton Florists. Guests bid on prizes such as a walk on role in the theatre’s 2013 August production of A Funny Thing Happened on The Way to the Forum, a David Yurman at London Jewelers necklace valued at $9,500, a luxurious St. Bart’s vacation provided by Wimco Villas, an incredible getaway to the Four Seasons Costa Rica, VIP Yankees tickets, tickets to Broadway shows and ‘meet & greets’ with Kelly and Michael in New York and Jerry Seinfeld in Las Vegas!

Afterwards the winners of the live auction received complimentary champagne from the theater to celebrate their win. Guests of the Gala received complimentary gift bags provided by WORTH New York which included items from HINT water, Pierre’s, Colgate-Palmolive, Adornia, Bond no.09, Fairweather Magazine, Wimco Villa discounts and more.

A silent auction was also held with over 65 items including a round of golf at The Bridge and the East Hampton Country Club, catered cocktail party for 25 by Sterling Affair, a custom Thom Browne. suit and more.

Raffle drawings for the evening included a two year lease for a 2013 Mini Cooper Convertible from BMW Southampton or $8,000 in cash, The Ritz-Carlton Orlando Golf Challenge to win a golf and spa package for two to The Ritz Carlton Orlando, Grande Lakes and an Alviero Martini golf bag - a total value of $5,200 - and a Wine Extravaganza Raffle.

The winner of the Ritz-Carlton Orlando Golf Challenge was Steve Maietta while the winners of the Wine Raffle were Adrianne and Jerry Cohen. The winner of the 2013 Mini Cooper Convertible will be announced later this year as the auction continues.

Live Auction winners included Dr. Barbara Kushner and Mr. Paul Kushner for the Forum walk on role, Daniel Marsili with the David Yurman at London Jewelers necklace and Frank Filipo as the winner of the Wimco Villa in St. Bart’s.

Flowers were provided by Bridgehampton Florists and wine was donated by Channing Daughters Winery.

“We thank all of our attendees for this year’s Gala,” says Executive Director Tracy Mitchell. “Without the support of our board members, patrons and honored guests of the Hamptons community, this night could not have been a success for Bay Street.”