Several lines of the Long Island Rail Road will see rush-hour adjustments over the next few weeks. 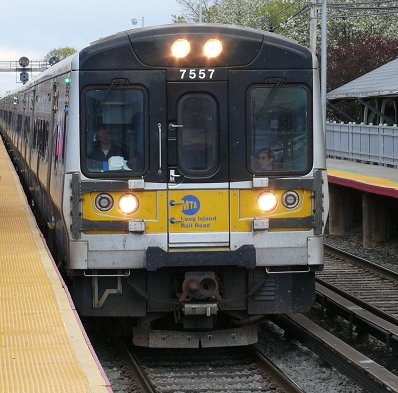 Five rush-hour trains will be cancelled for the next four weeks as summer crews work on the East Side Access Project in Sunnyside, Queens. To accommodate passengers, additional stops will be added to other trains, most of which depart within 5-15 minutes of when the cancelled ones would have ran; four other trains will be operating shortened routes.

The project to relieve congestion at the Harold Interlocking in Queens will take longer than the month of planned cancellations, but construction teams are laying down heavy concrete slabs which will act as the ceiling for a new underpass; once installed the slabs will allow trains to travel back along their regularly scheduled routes while a bypass continues to be built underneath them. The MTA has stated that “Without the slab, weekend LIRR outages would have been required for many months.”

Several branches will be impacted by the cancellations, namely the Babylon, Montauk, Oyster Bay, Port Jefferson, Port Washington, and Ronkonkoma lines. Affected morning routes include the 5:39 AM from Montauk to Hunterspoint Avenue, the 6:54 AM from Central Islip to Penn Station, the 7:13 AM from Oyster Bay to Long Island City, the 7:55 AM from Little Neck to Penn, and the 8:10 AM from Freeport to Penn. Impacted evening routes include the 4:28 PM from Long Island City to Patchogue, the 6:05 PM to Penn to Wantagh, the 6:30 from Hunterspoint Ave to Port Jefferson, and the 6:33 from Penn to Babylon.

Regular service will return after Friday, August 16, when the concrete slabs have been fully installed. Customers who travel along the impacted lines are encouraged to visit the MTA website where they can view and print special timetable cards to help them plan their travel routes over the next few weeks.