Over 100 residents of North Hempstead and Great Neck, plus many more from across the district and Long Island, rallied in support of Tom Suozzi’s congressional bid. 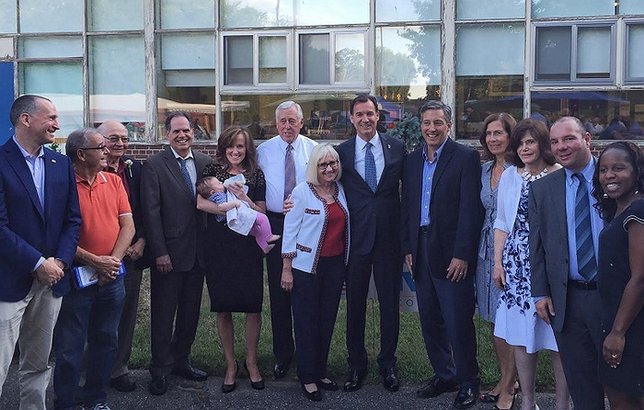 “We’re all in this together, and we all need to work to together to get things done because this is such an important election. We need to unite as one so we can fix Washington for the people of Long Island, Queens and the rest of the country,” said Suozzi.

“My children, grand-children and great grandchildren need Tom Suozzi in the Congress of the United States,” said Rep. Hoyer. “Talk about making things great again, we need to make Congress work again, and Tom will be one of the leaders of making the Congress work for the people.”

“The goal is to make this country what it should be and make the Congress work,” said Jon Kaiman.  “We in North Hempstead understand we need to come together and I will work with my friend Tom Suozzi to make him our next Congressman.”

Suozzi, who has a proven record of going up against the status quo to garner structural change for people, will take that same passion and fight to Congress to fix Washington to find solutions for the most serious problems facing middle class families, seniors and veterans.

The 3rd Congressional District covers northern portions of Queens, Nassau and Suffolk counties. The seat is being vacated by Rep. Steve Israel, who announced his retirement from Congress earlier this year. The election is on Tuesday, November 8, 2016.