Lori Maceluch used the money she stole on expensive restaurants, chocolate, and vacations. 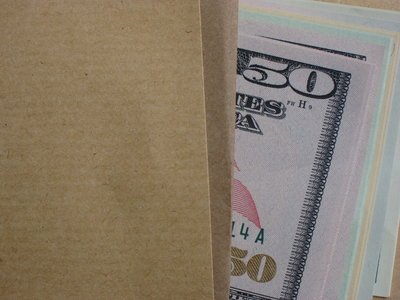 On Thursday a Huntington woman was arraigned in front of the grand jury for living the high life on the company dime. She stole more than $866,000 in over six years as a bookkeeper for a Locust Valley architecture firm.

Lori Maceluch, 48, faces 378 counts of Criminal Possession of a Forged Instrument and Grand Larceny in the Second Degree. Maceluch is due back in court on August 15 and if convicted she faces up to 15 years behind bars.

According to Nassau County District Attorney Kathleen Rice, between May 2005 and September 2011, Maceluch siphoned money from the Locust Valley architecture firm by forging a firm partner’s signature. She forged 568 checks and the total amount of money she stole was $866,114. She hid the missing money by making certain expenses more costly than what they really were in her records.

“The amount of money this defendant stole is incredible, but the betrayal of her employer’s trust is truly shocking,” District Attorney Kathleen Rice said. “Her lavish lifestyle, however, could not protect her from the consequences of her deception.”

Maceluch used the firm’s cash to eat out at expensive restaurants and went on vacations to the Dominican Republic, the Berkshires, Nantucket, Fire Island, and Florida. She also racked up credit card payments at retail stores like Lord & Taylor and Bon Bon’s Chocolatier.

It all came to an end in 2011. An internal audit of the company showed unexplainable discrepancies in the accounts payable and accounts receivable records. Maceluch was terminated after 15 years of bookkeeping and her deeds were sent to the DA’s office.

The case is being prosecuted by Assistant District Attorney William Jorgenson of the DA’s Government & Consumer Frauds Bureau. Maceluch is represented by Michael Alber.