Long Island Premiere of the Acclaimed Documentary Film - Until 20

UNTIL 20 will make its Long Island premiere as part of the Long Island International Film Expo on Friday, July 15 at 1:15 pm at Bellmore Movies, 222 Petit Ave., Bellmore, NY. 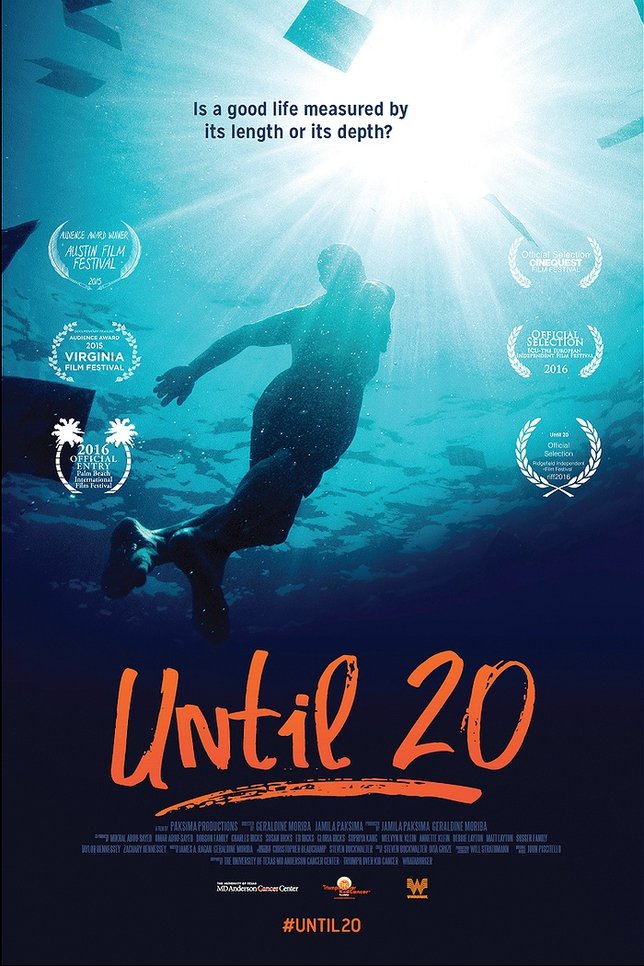 Bellmore, NY - July 8, 2016 - UNTIL 20 will make its Long Island premiere as part of the Long Island International Film Expo on Friday, July 15 at 1:15 pm at Bellmore Movies, 222 Petit Ave., Bellmore, NY 11710. Click here to see the trailer for this powerful and unforgettable documentary.

UNTIL 20 tells the inspirational true story of Texas native James Arthur Ragan, a pediatric cancer patient and promising collegiate golfer, who was diagnosed with a rare cancer at age 13. Instead of retreating into his illness, James dedicated his life to trying to save the life of the next kid with cancer before his time ran out. He created the Triumph Over Kid Cancer Foundation, which has raised more than $3M to fund research to improve the treatment and survivability of pediatric cancer.

James was so committed to this cause that he allowed a documentary crew to chronicle what turned out to be the last year of his life. Until 20, produced by award-winning journalists and documentary filmmakers Geraldine Moriba and Garden City LI native Jamila Paksima, beautifully captures how this extraordinary teen turned devastating odds into a mission to live an audaciously good life.

Until 20 has won the Audience Award at several recent film festivals including the Austin Film Festival, Cinequest (San Jose) and Virginia Film Festival.

“Intimate and moving” – People.com
“Until 20 will wrestle your consciousness into action” – New York Amsterdam News
“It’s a movie that everyone gonna want to see and need to see.” – Jack Nicklaus, golf legend