History: Beauty, Bovine and Ballistics at the 1960 Long Island Fair

Event sought to promote science and industry on Long Island as well as traditional agriculture. 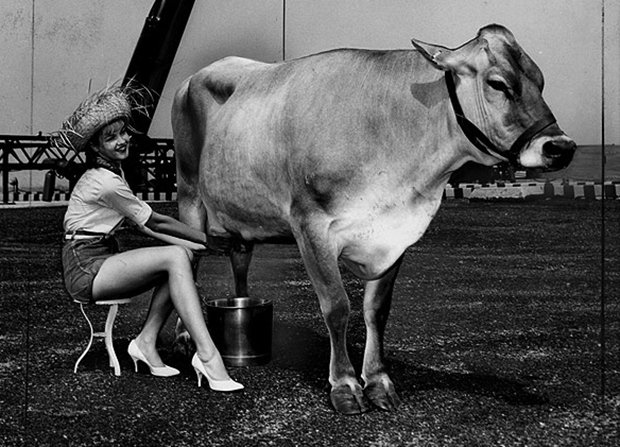 It seemed that Long Island was at a crossroads in 1960.

The burgeoning science and industrial sectors were taking off while farming was still a way of life for many Long Islanders. That year, the Long Island Fair and 1960 Science Industry Exposition hoped to feature both the traditional agricultural output as well as the modern industries for fairgoers.

Hence this promotional photo with a lovely milkmaid in the foreground and a missile stationed in the distance. A caption to the image - titled “Beauty, Bovine and Ballistics” - reads, “A preview of a little bit of everything scheduled to be shown at the Long Island Fair and 1960 Science Industry Exposition scheduled for next October at Westbury, Long Island. 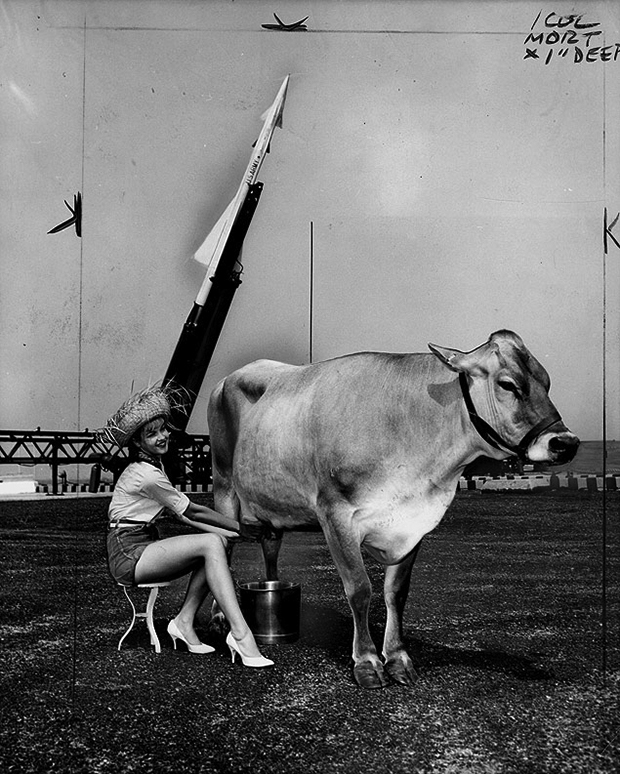 News papers at the time gave a few tidbits of information about the upcoming fair. The September 9 edition of The Long Island News and the Owl wrote of the “Space Adventure at L.I. Fair - Exposition” in a front page blurb. “The United States Air Force presents a new experience in space study for all spectators who will attend the Long Island Fair and 1960 Science-Industry Exposition, Roosevelt Raceway, October 8-16.”

A Freeport newspaper reported on local high school students who were set to perform science experiments at the fair and said that the event will give a “well-rounded picture of Long Island, especially in science and industry fields” but there will also be the “traditional feature of the county agricultural fair.”