A gold cloth was bestowed on Mrs. Gardiner by Captain Kidd after he buried hid goods on her family’s island. 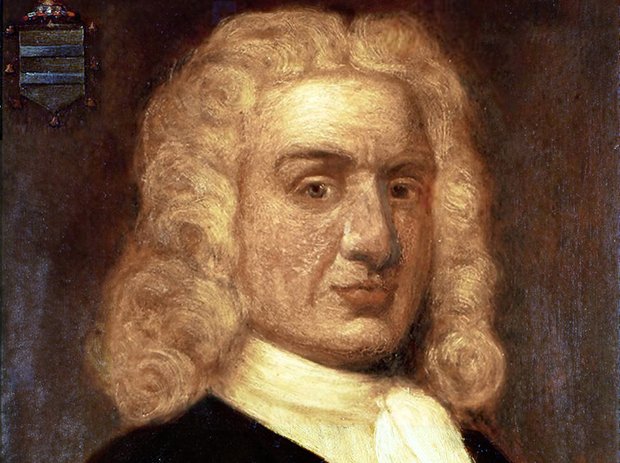 Before he was hanged for piracy in London in 1701, Captain William Kidd made a stopover on Gardiner’s Island in 1699 to bury some of his treasure, a legendary pirate tale if ever there was one.

Although Captain Kidd’s reputation as a pirate might have been concocted for political purposes - he claims he was a privateer working in service to England - he knew enough to store his possibly ill-begotten gains in a secret place, with permission of the Gardiner’s of course. Once Captain Kidd was captured, the island’s owner, John Gardiner, was ordered to deliver the chest and its contents.

Gardiner got two souvenirs from this pirate adventure. One was a gold cloth given to Mrs. Gardiner by Captain Kidd for the use of the island as a hiding spot and another was a diamond that Mr. Gardiner kept and passed on to his daughter. 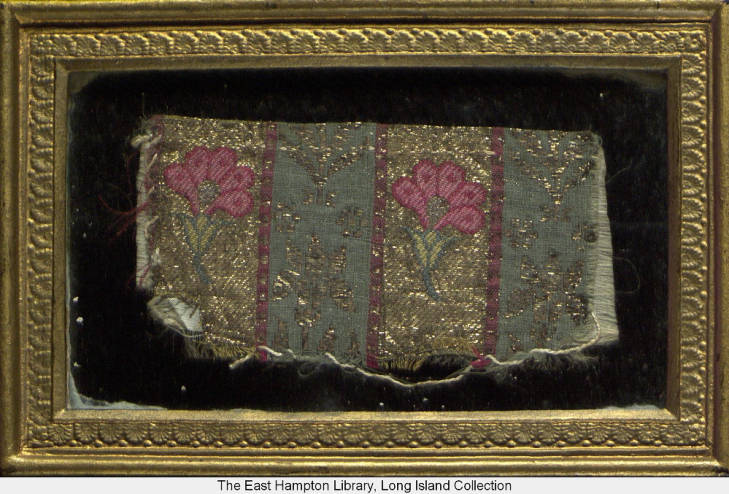 Photo: East Hampton Library. For educational use only.

The gold cloth is now in the collection of the East Hampton library. The library describes it as being composed of silk, cotton and metallic gold and silver thread.