The Long Island Music Hall of Fame has announced the awarding of four student scholarships to graduating Long Island, Brooklyn and Queens high school students who will be pursuing college music studies in the 2015-16 ... 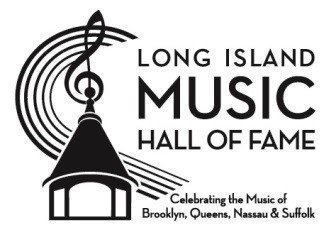 Melville, NY - June 23, 2015 - The Long Island Music Hall of Fame has announced the awarding of four student scholarships to graduating Long Island, Brooklyn and Queens high school students who will be pursuing college music studies in the 2015-16 academic year.

“Long Island Music Hall of Fame is honored to have the opportunity to assist in the education of high school seniors who are pursuing a future in music,” said LIMH of Education Chairman, Tom Needham.

Ethan Fields – 2015 graduate of Islip High School – French horn and voice. He has participated in NYSSMA all state groups, including the vocal jazz ensemble in 2013, symphonic band in 2014 and the All Eastern symphonic band in 2015. He’s also been a member of Metropolitan Youth Orchestra and participated in all school-based music groups as well.  Ethan will be attending SUNY Fredonia College in the fall for Music Composition and Sound.

He says of himself, “Overall, my career goal is to become both a composer and a sound technician. I would love to write music for performance and media. This would allow me to be surrounded by music and musicians constantly and be up to date on everything that happens in the music world.”

Crystal Kim – 2015 graduate of Plainview- Old Bethpage JFK High School – cello. She was the principal cello chair of the NAfME All-National Honors Orchestra in Nashville, the second chair of All-Eastern Music Conference in Providence and was a member of the New York All-State Symphony Orchestra. She was named one of 20 Newsday Scholar –Artists.

She said, “People always ask me why I want to do music rather than pursue an academic career in science or math. Music seems to be just about the most difficult of fields out there because there is never a right answer. There are so many interpretations of the same pieces so they can be right or wrong depending on what each performer thinks. It is up to them to decide which one is the correct answer. For me, this is a thrilling challenge. Although it is not easy to put myself under the spotlight and wait to be criticized, but I just can’t wait for the moment when I am on stage and I can play effortlessly and still let out a rich and full sound from my instrument….I plan to become a cellist in a major orchestra upon graduation….”

Sarah Miller – 2015 graduate of Locust Valley High School– cello and piano. She was an alternate in the 2013 All-State Orchestra and is a 2014-15 LI Arts Alliance Scholar Artist Award of Merit winner. She attends the Manhattan School of Music Precollege Division and serves as principal cellist with the Manhattan Youth Orchestra. She has performed at Lincoln Center in the 31st Annual Young Musicians Concert where she presented Handel-Halvorsen’s Passacaglia from memory.

Her student statement reads, “Next year I will be attending the Cleveland Institute of Music in order to pursue my dreams of becoming a professional cellist. Seeking a BA in Cello Music performance…aiming to attend a top school to earn a Master’s degree as well. My main goal is to become a performer who makes an impression on audiences that changes their outlook on music.”

Patrick Wilhelm – 2015 graduate of Locust valley High School – vocalist. He studied at the Julliard Pre-College Division during the 2014-15 academic year. He has received a grant from the George London Foundation and was accepted as one of 14 new freshmen to the Curtis Institute of Music in Philadelphia where he’ll receive a full academic scholarship. He’ll study this Summer with Dalton Baldwin in southern France.

He says, “I have been passionate about opera singing for several years and have come to the conclusion that I want to achieve two key goals from a career in professional singing. At a more macro level, these goals include a revitalization and re-installation of “antique” music into regular repertoire. Then on a more personal level, I would like to live a life where I am able to financially support myself doing what I love and share my passion with others. (I) perform baroque music (and am) seeking a career in music performance.”

Long Island Music Hall of Fame (LIMHoF) is a 501(c)(3) museum organization dedicated to the idea that Long Island's musical heritage is an important resource to be celebrated and preserved for future generations.  Since 2010, it has awarded nearly $20,000 in scholarships to individual music students, non-profit music organizations and selected members of area youth orchestras. In 2013, a special scholarship was awarded to a selected student at Hofstra University. Click here for more information.

For more information about the Long Island Music Hall of Fame and its scholarship program, contact LIMHoF Executive Director Joseph Jankowski at 516-938-1626 or info@limusichalloffame.org.