Major Case Bureau detectives are investigating a Bank Robbery that occurred on Monday, June 29, 2015 at 5:44 P.M. in Hicksville. 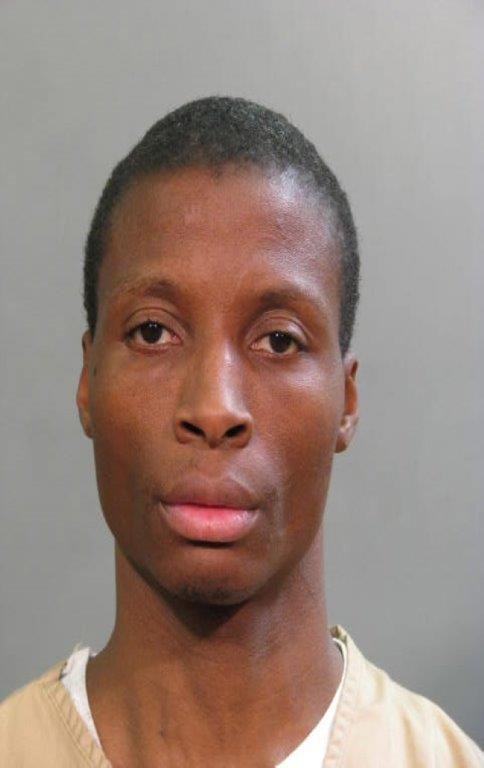 Update - October 23, 2015 - The Robbery Squad reports the arrest of Cyrus Morris, 43, of Jamaica, N.Y. for the below crime. The defendant was arrested on Friday, October 26, 2015 at 9:20 am at the Brooklyn House of Detention on an unrelated charge. The defendant is charged with two counts of Robbery 3rd Degree and will be arraigned in First District Court in Hempstead on Friday, 10/23/15.

According to detectives, a male black suspect entered the Chase Bank, located at 284 N. Broadway, and approached a teller window.  He produced a demand note and verbally threatened the use of a firearm.  The teller complied giving the suspect an undisclosed amount of cash.  The suspect was last seen on foot, southbound on N. Broadway.  There were five employees present at the time.  No injuries were reported.

The suspect is described as 25 years of age, 5’ 6” tall, medium complexion with a thin build wearing sunglasses, a black baseball cap with a white NY, a white T-shirt and blue jeans. (Photo attached.)

Detectives believe this to be the same suspect from a bank robbery which occurred on Saturday, June 27, 2015 in Rockville Centre and request anyone with information regarding this incident to call Crime Stoppers at 1-800-244-TIPS.  All callers will remain anonymous.