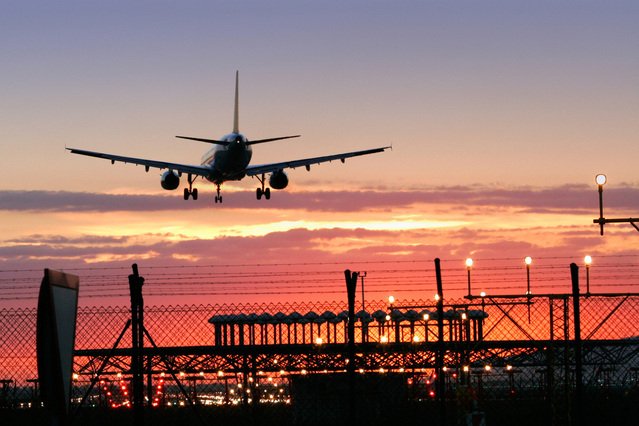 Shirley / East Farmingdale, NY - June 28, 2016 - U.S. Senators Charles E. Schumer and Kirsten Gillibrand today announced more than $800,000 in Federal Aviation Administration (FAA) grant funding for upgrades at airports on Long Island. Specifically, $234,338 in funds will be provided to Brookhaven Calabro Airport for new taxiway lighting and $569,605 in funds will be provided to Republic Airport for the installation of an airport beacon.

“This important investment will help improve safety at both Brookhaven Calabro Airport and Republic Airport on Long Island,”said U.S. Senator Charles E. Schumer. “I am pleased to announce this federal funding, which will provide much-needed lighting upgrades at these airports so that our pilots can fly safely even during low visibility conditions.”

“This funding through the Department of Transportation’s Federal Aviation Administration would help support critical infrastructure upgrades to the Brookhaven Calabro Airport and Republic Airport,” said Senator Gillibrand. “Investing in our airport’s infrastructure enables safer, more efficient service for the businesses and travelers who rely on it every day. I will continue to push for resources that enhance efficiency and public safety.”

"This federal funding will allow us to make critical infrastructure upgrades for the safety of pilots using Brookhaven Calabro Airport and our residents in the surrounding community,"  said Brookhaven Supervisor Ed Romaine.  "I want to thank Senators Schumer and Gillibrand for their assistance in securing these funds for this project."

At Brookhaven Calabro Airport, the current taxiway lighting system has reached the end of its useful life and requires rehabilitation to enhance safe airfield operations during low visibility conditions. This grant will provide funding for Phase 4 of 4 and will replace the Taxiway Z edge lighting. Brookhaven Calabro Airport is maintained by the Town of Brookhaven’s Division of General Aviation and is located in Shirley, New York. The municipal airport facility handles more than 135,000 annual aircraft operations.

At Republic Airport, the grant will fund the construction phase for replacement and relocation of the airport’s existing beacon that has reached the end of its useful life. Republic Airport is located in East Farmingdale and handles more than 180,000 operations each year.