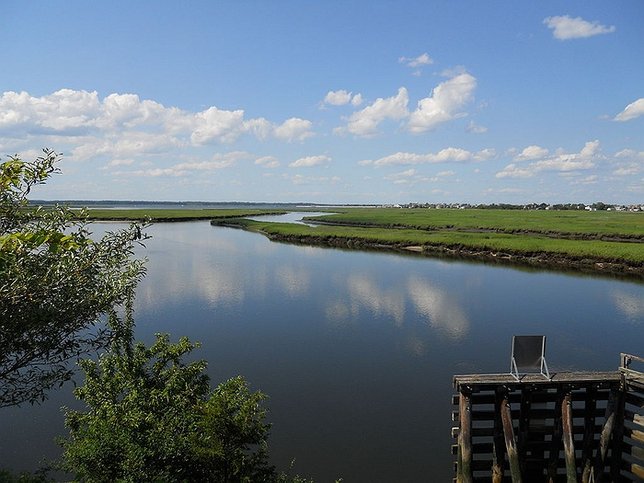 Southold, NY - June 28, 2016 - U.S. Senators Richard Blumenthal (D-CT), Chuck Schumer (D-NY), Kirsten Gillibrand (D-NY), and Chris Murphy (D-CT) are renewing their call to protect Plum Island in the wake of a report released by the Department of Homeland Security. Due to its partial use as a federal research facility, most of the 840-acre island has remained an undeveloped sanctuary for wildlife. However, Congress voted in 2008 to close the research facility, move its work to Kansas, and sell the island to the highest bidder. The report, which the Senators required through legislation earlier this year, analyzes the best alternatives for conserving Plum Island’s natural and historic resources.

“This report is completely conclusive that Plum Island must be preserved and any commercial sale would mean a foolhardy sacrifice of this priceless treasure,” Blumenthal said. “The facts are convincing that a sale would be an enormous environmental and ecological loss—and would face significant legal hurdles. A sale is no longer needed to help pay for the new replacement facility in Kansas. We will redouble our efforts to repeal the required sale of Plum Island to private interests and stop any additional federal funds for a doomed sales process.”

“It would be a mistake and lost opportunity to rip apart Plum Island’s unique 840-acre environmental setting and destroy the habitat of the endangered species that live there,” said U.S. Senator Charles E. Schumer “In light of the Department of Homeland Security’s newly released report on Plum Island, my colleagues and I intend to fight even harder to prevent Plum Island from being sold to a private developer and do everything possible to preserve its unique environment and wildlife habitat.”

“Plum Island is an important habitat for migratory birds and endangered species and should continue to be owned by the public,” said Senator Gillibrand. “I strongly support keeping Plum Island as a federal property and protecting it as a wildlife refuge, which is why I am an original cosponsor of Senator Blumenthal's bill and have been working with my colleagues for years to prevent the sale of Plum Island.  This report underscores why we must pass legislation to reverse the required sale before Plum Island is auctioned off to the highest bidder.”

Murphy said, “Plum Island is an ecological gem right in Connecticut’s backyard. It's not every day that we have the chance to protect an entire island in the Sound, and this report provides proof that alternatives to selling the island exist. I will not stop fighting until Plum Island and its natural treasures are permanently protected from development.”

Currently, the federal General Service Administration is required by law to sell the entire island, including the research facility and the surrounding natural habitat to the highest bidder, and is limited in transferring the island to another federal agency, such as the U.S. National Parks Service or the U.S. Fish and Wildlife Service, for preservation. Congress mandated the sale in order to help pay for construction of the new bio-lab in Kansas. However, legislation since then successfully included money for the lab, so the sale of the island is no longer necessary. The Senators have introduced legislation to repeal the law requiring the sale.