Schumer: NYers Should Be Able to 'Text 911' in Case of Emergency; Urges Feds to Make Text Implementation a Reality 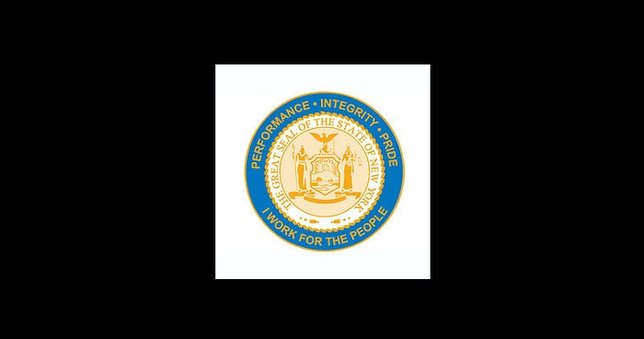 Schumer today said that this service can provide invaluable help to those with disabilities or to those who are in situations where initiating a voice call may be too dangerous. Schumer said that the recent terror attack in Orlando further proves how crucial this service would be to New Yorkers. Schumer urged the federal government, specifically the FCC, to huddle with phone carriers and New York City as soon as possible to make texting 911 a reality.

“Some of the first facts we learned about Orlando were generated via a text message to a loved one. These texts did what the voice could not in that instance—communicate,” said U.S. Senator Charles E. Schumer. “When there’s an emergency, we should be using text messaging to save lives by informing 911 dispatchers of critical details that can guide first responders. Whether it’s a person hiding in a closet during a burglary, or a person with a disability or someone in the midst of something far more sinister, like a mass shooting, a single text could be a godsend that gives law enforcement the upper hand.Furthermore, this is New York City. We build skyscrapers. We innovate better than anyone and we have some of the smartest collection of minds all in one place. We should—without a doubt—be able to make texting 911 a reality sooner rather than later.”

Schumer explained, text-to-911 eliminates the need to make a phone call in order to reach 911 emergency call centers; rather it enables individuals to send a single text message. Schumer says it is imperative for 911 systems to possess full cellular capabilities that ensure a text, pictures or video message can be sent to 911 centers. Schumer says these capabilities get more information to first responders in real time.  These capabilities would also allow location information from mobile devices to be more accurate while mitigating routing errors—calls going to the wrong 911 center.  Despite the clear benefits, there still remain barriers to cities seeking new 911 capabilities, barriers Schumer says must be removed by the federal government.

‘NextGen’ systems, like New York City is working towards, would aim for a modern 911 system with the full technological capabilities Schumer says are essential to public safety and need to be sped up, with the FCC leading the charge. Schumer says there is no time to waste when it comes to ensuring these critical messaging tools are available to dispatchers and first responders.

In his letter to the FCC Schumer further said, “Recent events have shown the need to increase the ways we can access 911 dispatchers. In fact, during the Orlando shooting, many individuals were able to use their cell phones to contact loved ones; however they were unable to contact 911. In areas where call centers experience high call volumes, 911 technologies like Next Generation (NG911), which supports voice, text, data, and video communication, can help overburdened emergency centers better handle their response.”

Schumer today pointed to several examples in which Text-911 services helped individuals in a dangerous situation. For example, in Nebraska earlier this year, two children may have saved their own lives when their father was driving drunk. After refusing to pull over and barely escaping a head on collision, the children texted 911 and police were able to catch up with the vehicle and arrest the father. Around the same time in Indiana, a women was able to text 911 dispatchers during a domestic violence incident in which a gun was pulled on her and speaking on the phone would have put her in more danger.

In order to establish these new services in counties across the country, new and updated network systems must be installed. This new system requires upgraded hardware and software.  Many counties do not yet have the technological capabilities to implement these new Text-to-911 services, even throughout New York State.

But Schumer wants this service available across New York and said he will continue pushing, promising to cut any and all federal red tape impeding the local process.

I write today to discuss the issue of emergency 911 services and the increasing need to ensure that we expand access to these services during critical times of need. In light of recent tragic events, especially the shootings in Orlando and San Bernardino, we must do everything possible to guarantee individuals can access 911 in more safe and innovative ways.

In a rapidly developing technological society, it is important that our essential utilities and infrastructure keep up with current advancements.  Although the national 911 system has sustained success for more than 30 years, it is clear that it cannot accommodate technological advances without significant updates. Wireless and IP-based communication devices offer capabilities such as text, video messaging and picture messaging, and have become one of the main ways we communicate, yet the majority of our 911 system is incapable of receiving information from  these new modes of communication. In an age where sending a text, photo, or video is commonplace, our 911 system should be well-equipped to meet the demands of the smartphone era.

Recent events have demonstrated the need to access 911 dispatchers with more than traditional voice calls. In fact, during the Orlando shooting, many individuals were able to use their cell phones to text loved ones; however they were unable to text 911. The usefulness of an advanced 911 system in states where the technology exists demonstrates the substantial help it is for those with disabilities or in situations where initiating a voice call may be too dangerous. In areas where call centers experience high call volumes, 911 technologies like Next Generation (NG911), which supports voice, text, data, and video communication, can help overburdened emergency centers better handle their response.

I am pleased that the FCC has taken such a strong position on text-to-911, including adopting rules to ensure mobile carriers provide text-to-911 services to the 911 call centers that request them. However while I am pleased with this progress, I am concerned that the nationwide deployment of text-to-911, and more advanced solutions like NG911, is moving far too slowly to efficiently address the emergency response needs of our nation.

While I understand that there are many complex elements to the updating of 911 systems, I believe your Commission has the authority to expedite the process and play a more substantial role in its progress. As such, I urge you to convene all the appropriate stakeholders, including the telecommunications carriers, 911 call centers, and the state and local governments, in order to figure out what barriers exist to NG911 implementation and how we can speed up the process.

It is my hope that the FCC does everything possible to elevate this issue and facilitate a swift transition to a more advanced 911 system.  It is essential that we quickly address this I look forward to hearing from you and to working with you on this important issue.