A petition is in place which urges Governor Cuomo and the New York State Legislature to institute a statewide law requiring that any cat or dog sold in a pet shop come from a shelter ... 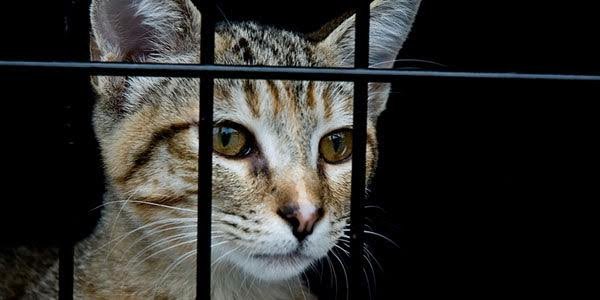 Did you know that about 60 cities across the U.S have all passed laws making it illegal for pet stores to sell any cats or dogs that do not come from a shelter or rescue? These animal loving cities have struck a huge blow against puppy mill and animal trafficking trades, and most importantly, they have given stray dogs and cats a chance to have a real life and to find a forever family.
Animals unfortunate enough to be bred for mills or illegally sold are often starved, mistreated or abandoned because they can't be sold to pet stores for profit.   When you visit pet stores, you are looking at only a small percentage of those who were "healthy" enough to be sold for profit. The rest most likely did not survive the horrors of these practices.
A caring animal supporter by the name of Julie Adinolfe has started a petition on Care2Petition, which urges Governor Cuomo and the New York State Legislature to institute a statewide law requiring that any cat or dog sold in a pet shop come from a shelter or rescue. Just imagine how many animals New York could save if such legislation was in place!
In 2014 Suffolk County introduced a new law that prevents pet stores from purchasing pets though the absolute worst mills–those with recent USDA violations–after New York state enacted a law allowing local municipalities to set their own, more stringent rules regulating pet dealers in January of the same year. Both of these measures were a small step in the right direction, but neither went so far as to prevent pet stores from being supplied by puppy mills.
Julie Adinolfe cares about the welfare of animals and wants to make a difference. Her compassion and drive has earned her over 65,000 signatures so far, and another 65,000 would be an amazing number to present to the New York State Legislature.
To find out more, or to sign the petition, please click here.