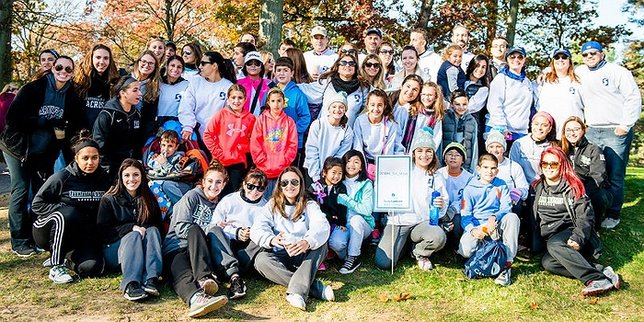 Medford Multicare Center also sentenced in court for role in cover-up of patient death in 2012.

The civil lawsuits claims were based on a history of criminal conduct by employees of the nursing home, staffing and service cuts and diversion of Medicaid funds to themselves and their controlled entities. The assurance of discontinuance provides that the settlement funds, which will be administered by an Independent Financial Monitor, will in part be used to establish a “Resident Care Fund” to fund care recommendations by the Independent Operator. That fund will provide the much needed reforms and improvements in the delivery of care and services to Medford’s elderly and frail residents. In addition, ten million dollars will be returned to the Medicaid program. The Medford corporation was also sentenced today for its role in the cover-up of a patient death in 2012.‎

“Today we have taken significant steps to ensure residents at Medford receive necessary and proper care, and that the tragic events of 2012 are never repeated,” said Attorney General Schneiderman. “Nothing is more important than securing the safety of those in nursing home facilities, yet, as alleged in our complaint, Medford owners continued to line their pockets with millions in public funding while Medford cut staffing, services and supervision, shirking the duty of caring for some of our most vulnerable citizens. This settlement sends a clear message that those who profit from Medicaid at the expense of nursing home residents will be held accountable.”

The settlement is designed to significantly improve the care and services provided to the residents of Medford, and to ensure the facility’s compliance with applicable law and regulations. This settlement requires Medford’s owners to:

Today, Medford the corporation was also sentenced in connection with its guilty plea to Attempted Falsifying Business Records in the First Degree, a Class A misdemeanor, in connection with the cover-up by its administrator, David Fielding, of the circumstances of the 2012 death of a 72 year old resident who was at the facility for what was supposed to be short-term rehabilitation. New York State Supreme Court Justice John B. Collins, who oversaw the trial of the three nurses and two respiratory therapists who were convicted of causing and covering up the October 26, 2012 death of Aurelia Rios, fined the corporation $10,000.00.

At a dual jury trial conducted last summer before Justice Collins, one jury, Jury A, found Kethlie Joseph 63, of Brentwood, guilty of Criminally Negligent Homicide, a Class E Felony, for causing the October 26, 2012 death of Aurelia Rios.  Jury A also found Joseph guilty of Wilful Violation of Health Laws, a Class A misdemeanor, for failing to immediately report that Mrs. Rio’s death was the result of neglect, as required by the New York State Public Health Law. Justice Collins sentenced Joseph to nine months in jail and three years’ probation.

Three former Medford aides were also sentenced in May 2016 after they pled guilty to misdemeanor charges arising from the same incident.

The former administrator of the home, David Fielding, also pled guilty to two counts of Falsifying Business Records in the First Degree and Wilful Violation of Health Laws.  Fielding was sentenced on November 16, 2016.