Move from Pennsylvania Will Create 70 New Jobs in New York With Room for Future Growth. 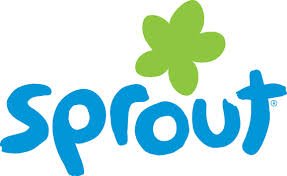 New York, NY - May 5, 2014 - Governor Andrew M. Cuomo today announced that NBCUniversal’s Sprout will relocate its operations from Philadelphia, Pennsylvania, to 30 Rockefeller Plaza in Manhattan, resulting in the creation of 50 full-time network jobs with the company and 20 production jobs. In addition, the company anticipates that it will continue to grow its operations and workforce in New York State. The move reflects the impact of the Cuomo administration’s dedication to fostering the expansion of digital media and production related jobs.

“This is another example of how the media and entertainment industry is flourishing in New York – with the support of our administration, companies like NBCUniversal are bringing jobs, investments, and new opportunities to the Empire State,” Governor Cuomo said. “Sprout’s relocation will have an immediate impact on the regional economy, and I am proud to welcome them to New York State.”

Sprout was launched as the first 24-hour destination for children ages 2-5 and their caregivers. The network now delivers programming across all platforms, including broadcast, cable, on demand and online.  With programming structured to follow the day of the child from morning to night, Sprout features original programming, including “The Chica Show” and “Noodle and Doodle,” as well as a library of gold standard series, such as “Caillou” and “Sesame Street,” and U.S. exclusives like “Lazytown” and “Tree Fu Tom.” Sprout’s hosted programming blocks, including “The Sunny Side Up Show” and “The Good Night Show,” serve as tools to guide parents as they help their children prepare for their days and nights with activities, user generated content, stories and more. Sprout was fully acquired by NBCUniversal Cable Entertainment in November of 2013.

“Governor Cuomo’s support through Empire State Development, including through the film and television production tax credit program was a major factor in making Sprout’s network and production moves possible,” said Sandy Wax, President, Sprout.  “The relocation to 30 Rock will help Sprout play a central role in the company’s overall kids and family strategy.”

To encourage the Sprout Network to relocate to New York City, Empire State Development (ESD), New York State’s chief economic development agency, has agreed to provide $2 million in performance-based Excelsior Jobs Program tax credits over the next ten years, which are directly tied to the company’s job creation and investment commitments. The company may be eligible for additional Excelsior credits for further job growth. In order to relocate Sprout’s operations, the company will continue to invest in upgrades of production and production support space, including new technologies at 30 Rockefeller Plaza.

“The Sprout Network’s decision to relocate to New York State offers yet another sign that Governor Cuomo’s efforts to improve the state’s business climate are paying off,” said Empire State Development President, CEO & Commissioner Kenneth Adams. “New York’s entertainment industry is growing fast and bringing new jobs and revenue to our communities, and that’s good news for all New Yorkers.”