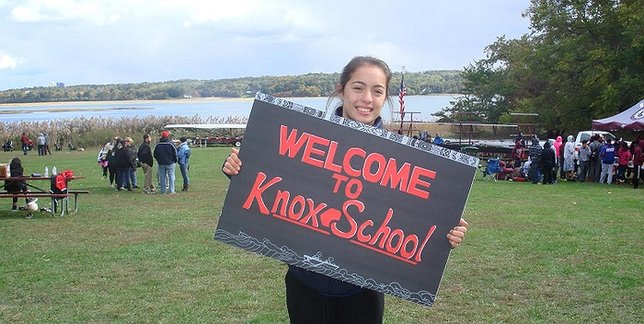 From June 16–June 26, 2016, AUPAC and the Adelphi Department of Theatre will host NYTW’s 2050 Fellowship retreat and developmental workshops focusing on director-driven projects.

Together, NYTW and Adelphi have also hosted a number of forums for directors and artistic directors to discuss their creative process and professional practice. For more than three decades, New York Theatre Workshop has been a home for groundbreaking, adventurous theatre-makers and theatre-goers. Its summer residencies provide both established and emerging artists with time and space to devote to their works and opportunities to collaborate with their fellow artists.

As in previous years, Adelphi students will serve as interns for this program to gain hands-on experience and insight into the development of new work. This year, nine students will join in the workshops and discussions, and support the residency.

Notable Adelphi alumnus and creator of the acclaimed musical RENT, Jonathan Larson ’82, workshopped his play intensively for two years at NYTW before a run of sold-out performances. During its subsequent run on Broadway at the Nederlander Theatre, the play won a Tony Award for Best Musical in 1996, as well as the Pulitzer Prize for Drama.

“Adelphi and NYTW have a natural bond through our mutual support of the late Jonathan Larson,” said Adelphi University College of Arts and Sciences Dean Sam L Grogg. “Our collaboration has been and will continue to be the support of diversity and inclusion in the development of new theatre artists.”

Adelphi and NYTW (in cooperation with the Stage Directors and Choreographers Society) also convene leaders from various aspects of the theatre community to discuss issues and challenges that are at the heart of the continuing development of American theater. This spring, Adelphi, NYTW and the Stage Directors and Choreographers Foundation hosted theatre directors at Adelphi’s Manhattan Center for a forum entitled “Directing the Future.” Further programs as part of this initiative will be announced in the fall.

“I can't think of another academic institution in the country that has made the commitment that Adelphi has to the support, development and betterment of both the practice of directing and the individuals who commit themselves to that discipline,” says Artistic Director of NYTW Jim Nicola. “The directors in the field are an endangered species--very little developmental support exists for them.  And without this kind of support, they will not thrive, which would make the American theater a very diminished art form.”

About New York Theatre Workshop:
New York Theatre Workshop, now in its fourth decade of incubating important new works of theatre, continues to honor its mission to explore perspectives on our collective history and respond to the events and institutions that shape all our lives. Each season, from its home in New York's East Village, NYTW presents four new productions, over 80 readings and numerous workshop productions for over 45,000 audience members. NYTW supports artists in all stages of their careers by maintaining a series of workshop programs, including work-in-progress readings, summer residencies and artist fellowships.