The DEC announced that it has finally established partnerships to prevent the spread of invasive species in all parts of New York. 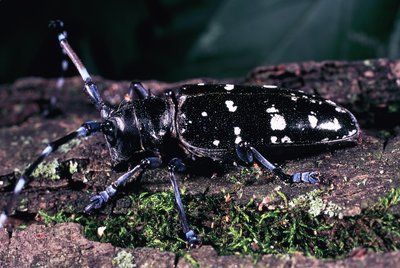 The commissioner of the New York State Department of Environmental Conservation, Joseph Martens, announced Monday that every area of the state now has a partnership working to combat invasive species at the local and regional level.

The announcement followed the finalization of a contract that established the last of eight Partnerships for Regional Invasive Species Management (PRISM).  Each PRISM is funded by New York’s Environmental Protection Fund, and has a full-time coordinator.  The PRISMs include members from a variety of groups, including local and state governments, conservation and trade organizations, academia, landowner associations and interested citizens.

The groups will focus on preventing the spread of invasive species, including critters that have settled on Long Island, such as the Asian long-horned beetle, which can quickly bore through trees and weaken them.  Invasive plants like bamboo also pose complicated legal issues, as they can spread quickly across properties, and its complex root system makes it difficult to remove.

"Invasive species can have a devastating effect, not only on the environment, but also on the economy," said Martens in a press release. "By partnering with non-profits, universities and consultants, New York is establishing one of the nation's most comprehensive approaches to invasive species management. A regional, coordinated approach that benefits from research, statewide education and outreach, online resources and a robust database are critical to New York's success in managing invasive species."

New York PRISMs have already been successful in controlling giant hogweed, a plant that causes severe skin reactions, and other invasive plants such as black swallowwort, Phragmites and Japanese knotweed.  They also encourage people to become citizen scientists and host volunteer training program to monitor and report invasive species.  One goal of the groups is to educate the public about the invasive species in their area, and many PRISMs sponsor public outreach campaigns including Public Service Announcements and targeted mailings.

The invasive species program also includes an Invasive Species Clearinghouse and database with resources on how to identify and prevent the spread of invasives, as well as support for statewide education and outreach in connection with the Cornell University Cooperative Extension program.