The newly constructed Whitehouse Playground is now officially open to the public. 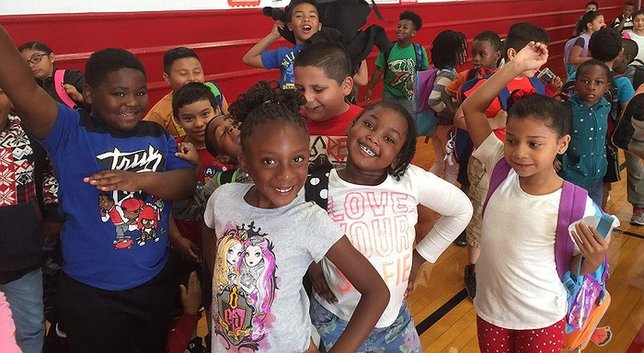 The Whitehouse Playground in West Sayville is named in honor of Betty Whitehouse. It is now officially open to the public. A formal ribbon cutting will take place in September with Mrs. Whitehouse’s family, friends, and neighbors.

West Sayville, NY - June 13, 2016 - The newly constructed Whitehouse Playground is now officially open to the public. The 77’ x 65’ play structure, which includes equipment that is easy to use for all children, including ramps, large entrances, slides, recreational equipment and areas for wheelchair access, is the first playground that is accessible for children with disabilities in the Sayville area.

Though located quite a distance from 1600 Pennsylvania Avenue, the Whitehouse Playground located on Cherry Avenue in West Sayville offers a prime location for all children to play and stay active for years to come.

The playground sponsor, Suffolk County Legislator Bill Lindsay took the lead in transforming this vacant parcel into a playground to better suit the needs of the community.

“This playground really hits home for me, said Lindsay. “My youngest sister is handicapped and I know how difficult it was for my parents to find a safe and welcoming environment for her to play as a child. This playground will provide all families with an inclusive place for children to feel safe, play, and get along.”

The playground was officially named in honor of Betty Whitehouse last month in a unanimous vote by the Suffolk County Legislature. Whitehouse, who passed away last December at 93, was a Sayville teacher, author, philanthropist, and civic leader who made momentous strides in advancing STEM programs throughout her life. Whitehouse earned her bachelor’s degree from NYU in 1944 and her master’s degree from Adelphi University shortly after.

“I’ve heard so many residents speak of the great effort Betty put into people and her community,” said Lindsay. “She truly cared for those around her. Whether it was a friend, a student, a neighbor, or a stranger, Betty went above and beyond to make a difference in their lives.”

Though the playground is now officially open, a formal ribbon cutting will take place in September with Mrs. Whitehouse’s family, friends, and neighbors.