The SPCA was contacted that a 1 year old male pit bull dog had been discovered abandoned on Hilden Street in Kings Park. 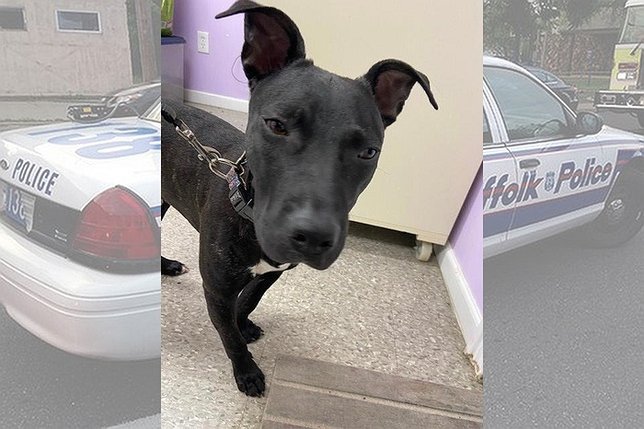 A 1 year old male pit bull dog that was abandoned in Kings Park.

The Suffolk County SPCA announced that Alana Piotrowski, 23, of Kings Park was arrested and charged with violations of Agriculture and Markets Law section 355, Animal Abandonment (a misdemeanor), NYS Penal Law section 210.45, making a false statement (a misdemeanor), and 2 counts of NYS Vehicle and Traffic Law section 511, aggravated unlicensed operation (a misdemeanor).
Roy Gross, Chief of the Suffolk County SPCA, said that the SPCA was contacted by Smithtown Animal Control reporting that a 1 year old male pit bull dog had been discovered abandoned on Hilden Street in Kings Park. The subject stopped the car and released the dog on a public road and drove away. A subsequent investigation by SPCA detectives led to the arrest of the subject.
Piotrowski is scheduled to appear for arraignment of on June 25, 2021 in First District Court, Central Islip.
We would like to thank the Town of Smithtown Animal Control for their assistance.
Chief Gross said that animal cruelty will not be tolerated in Suffolk County. If you witness any incident of animal cruelty or neglect in Suffolk County please contact the Suffolk County SPCA at (631) 382-7722.
A criminal charge is an accusation. A defendant is presumed innocent until and unless proven guilty.