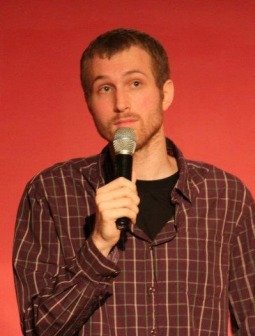 Sag Harbor, NY – June 11th, 2013 – Bay Street Theatre’s Comedy Club, sponsored by Madison & Main Restaurant and Bar, continues June 17 with the rising stars of comedy in Bay Street Theatre’s 3rd Annual All Star Comedy Showcase. Tickets are $25 on the day of the event. All are available online at www.baystreet.org or by stopping by or calling the Box Office at 631-725-9500.

THE ALL STAR COMEDY SHOWCASE comes to Bay Street on Monday, June 17, hosted by Joseph Vecsey and will feature the hottest rising stars from the stand up scene with the comedy of Kenny Garcia, Vic Henley, Chris Clarke, Mark Riccadonna and the newly added Marina Franklin. Vecsey is a fast rising talent in comedy and is known for hosting The Call Back Podcast in which he discusses the art and business of comedy in a hilarious way with his guests that he has on each week. Garcia has been busy tearing up stage in comedy clubs across the US, while Henley has been seen on Late Night shows with Conan and David Letterman. He is also the co-author of national bestselling book with Jeff Foxworthy. Clarke is a favorite at the Las Vegas Comedy Festival while Riccadonna tours with the Armed Forces Entertainment over 6 continents.