The Rockefeller Center Christmas Tree was put up on November 14th, and is now ready to be lit for the world to see!

It’s that time of the year again!  As you walk the streets of New York City this Holiday season, you can’t miss the spectacular lights and Holiday decorations all throughout. 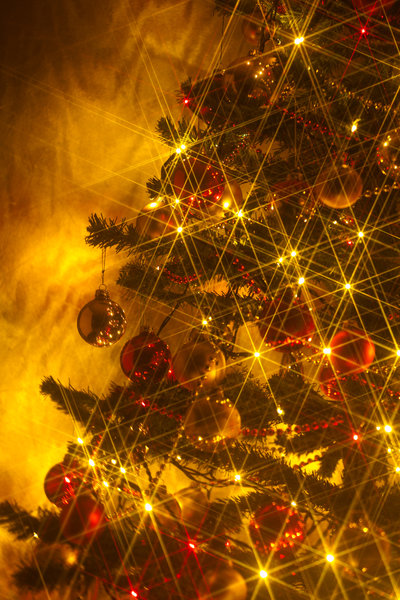 Especially, the most infamous decoration of all - the Rockefeller Center Christmas tree.

Today, more than 30,000 multicolored, energy-efficient LED lights will be lit on the Christmas tree.  A Swarovski crystal star was placed at the top of the tree to complete the look. Thousands will surround the area to watch the annual tree lighting and millions will watch from the comfort of their own homes.

This year will mark the 80th anniversary of the world famous Christmas tree lighting - it all started back in 1931 when Rockefeller Center was being built.  Although construction workers put up the first tree that year, no tree was put up again until 1933, when the tree lighting ceremony began.

The 80-foot Norway Spruce was found in the backyard of a New Jersey resident.  The tree weighs 10 tons and is 50 feet in diameter.  It arrived in New York City on November 14th, which is a little later than usual due to the recent storms.

The tree will remain lit until 11PM on January 7th, 2013, so even after Christmas you will still have a chance to see it!  Until then, check out local tree lighting ceremonies right here on Long Island.