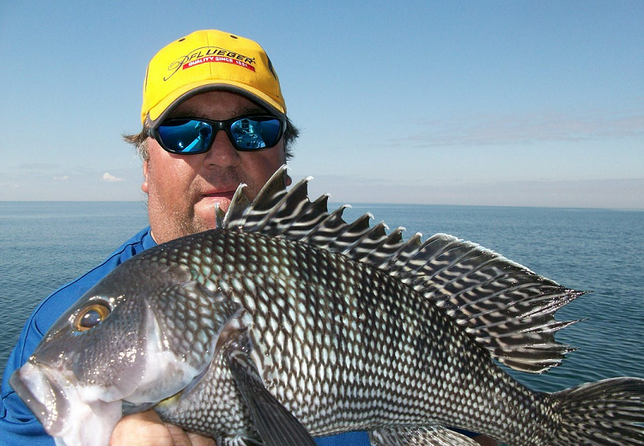 NY, one of several states forced to enact tighter limits on a popular fishery to comply with federal harvest limits.

"The federal government must fundamentally change its management of the popular and economically important black sea bass fishery," said DEC Acting Commissioner Basil Seggos. "In spite of abundant populations, DEC is being forced to alter the commercial and recreational fishing seasons in order to meet federal quotas. By allowing for an earlier June opening, we're trying to strike the best possible arrangement for the recreational fishing community."

The proposed rule will include a number of changes from 2015:

These changes are being implemented at the urging of the recreational fishing industry to accommodate the earlier opening of the season. DEC also considered a July 8th opening with a five fish limit, but recreational anglers opted for the June 27th opening and three fish limit to provide for a longer season.

Strong, anecdotal evidence suggests the black sea bass population is abundant. However, weaknesses in the federal government's current population assessment caused federal scientists to exercise extreme caution when determining annual harvest limits for black sea bass. As a result, for the fourth year in a row, New York, along with other states in ASMFC's northern region (Massachusetts, Rhode Island, Connecticut and New Jersey), must take steps to reduce the black sea bass harvest despite an apparent abundance of fish. A new federal stock assessment is scheduled to be completed in late 2016 and should provide important data to expand harvest opportunities in 2017.

Information on the most up-to-date marine recreational fishing regulations for all species can be found on DEC's website.

Marine recreational anglers 16 years or older are reminded that they must register each year in New York's free Recreational Marine Fishing Registry on DEC's website.