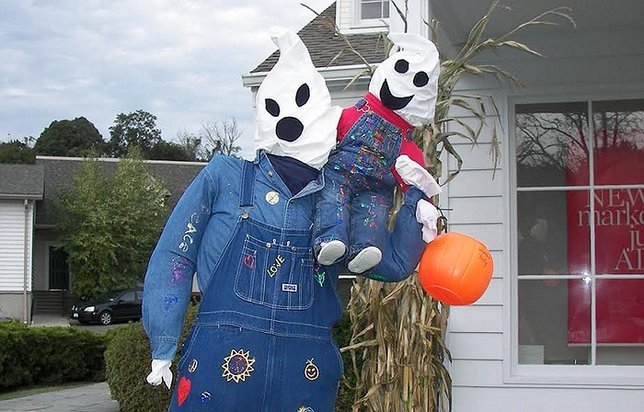 Schumer pointed out that New York is already hurt by poor federally-generated yearly quota allocations, and said that losing out on any of the black sea bass quota due to a June closure would drastically hurt Long Island's black sea bass commercial fishing industry.

“The black sea bass stocks are thriving and the industry is well below its allowable quota so it makes sense to keep open this fishery in June rather than close it,” said Senator Schumer. “We also must change the arbitrary and outdated federal regulations that hamstring the state DEC so we can more coherently and fairly manage the black sea bass fishery.”

Schumer continued, “Our Long Island fishing community is already reeling from low federal allotments, a closure and potential loss of black sea bass quota will throw it overboard. After a slow start to the black sea bass season, mostly due to weather, our Long Island commercial fishers are ready to bounce back and access the plentiful supply of sea bass, but instead they might fall flat if the feds and the state don’t throw them a line and let them do what they do best—fish. That’s why we should re-evaluate the current black sea bass season and consider opening it in June to help our Long Island fishing communities prosper in a way that is in balance with fishery management.”

Schumer also pointed to key facts showing the black sea bass fishing stock is thriving. Schumer said the 2016 New York State allocation for black sea bass is close to 200,000 pounds, yet only approximately 40,000 pounds have been caught as of May 25th according to the NOAA National Marine Fisheries Service.

New York State 2016 Black Sea Bass Quota Distribution Plan permits 62,000 pounds of Black Sea Bass to be caught during period 2, between May 10th and May 31st.  With 6 days remaining in period 2, only approximately 15,000 pounds had been reported caught.  With warm weather now on the horizon, Schumer said that Long Island’s commercial fishers could lose out on thousands of pounds of Black Sea Bass, which could hurt the thriving fishing industry.  NYS DEC has the authority to re-evaluate and adjust the quota distribution plan to ensure "maximum utilization of the black sea bass resource."

Schumer also added that he joined DEC Commissioner Basil Seggos’s call for federal relief, “Inflexible rules and bad data have forced DEC to come up with an overly restrictive schedule. The bottom line is that the MAFMC must expedite the generation of better data and reform regulations so they are more accurate, more flexible and fairer. And they need to work with the DEC to address the June gap.”

According to the Atlantic States Marine Fisheries Commission, black sea bass are highly sought by both commercial and recreational fishermen throughout the Mid-Atlantic. Since the fishery management plan’s approval in 1997, the species has operated under a quota.

The Atlantic States Marine Fisheries Commission and the Mid-Atlantic Fishery Management Council establish the yearly quota for species. The 2016 NYS allocation for black sea bass 189,201 pounds. Period 2 of the ‘Black Sea Bass 2016 Commercial Quota Distribution’ recently ended on May 31st and period 3 does not begin until July 1st. Therefore, the entire month of June is closed off from Black Sea Bass fishing.

Schumer said that local fishermen and women have attributed the low catch rates to bad weather and unusually cold temperatures. Now that a warm summer season is underway, fishermen and women anticipate catch rates to improve. However, if the DEC does not re-evaluate the landing numbers and consider reopening the black sea bass season in June, the LI fishing community could be leaving valuable pounds on the table. The Long Island fishing community operates on already thin quota allocations, losing addition quota due to season closings would be a blow to the fishers’ pockets.

I write today to urge you to reconsider the Atlantic States Marine Fisheries Commission’s (ASMFC) management strategy for the black sea bass fishery to work with the New York Department of Conservation (DEC) to reassess ‎opening the month of June to fishing. As you know, our coastal fishing communities around the Northeast including New York State rely on the black sea bass for their livelihoods.  Below average black sea bass catch rates and bad weather have made it so the total catch at this point of the season is well below the allowable quota limits set by both the ASMFC and the Mid Atlantic Fishery Managements Council (MAFMC), which is why it is critical to allow these struggling fishermen to continue catching black sea bass this month.

In addition, I also urge you to ensure that a new black sea bass benchmark assessment, not purely a data update, be completed as soon as possible.  This is critical to ensuring that the best and most up to date science is used in making these critical decisions.

As you know, black sea bass represents a vital fishery for the eastern coast of the United States, especially New York, for its many constituencies, from recreational and charter fishing families, to commercial fishermen who rely on black sea bass to help support their families and communities.  According to the New York State 2016 Black Sea Bass Quota Distribution Plan, fishermen are
permitted to catch 62,000 pounds of Black Sea Bass during period 2, which runs between May 10th and May 31st.  As we near the end of period 2, the most recent National Oceanic and Atmospheric Administration (NOAA) Northeast Region Fisheries Statistics indicate that only 15,000 pounds have been caught. With New York holding only a small portion of the overall Mid-Atlantic States' commercial quota, preventing our fishermen from capitalizing on almost 40,000 pounds of black sea bass would hurt our already struggling coastal fishing communities.

Black sea bass fishing is not only a part of the cultural heritage for commercial fisherman of the eastern United States, it provides a valuable pastime for families and recreational fisherman alike. Arbitrarily cutting off our fisherman from catching black sea bass while the catch totals are well under the acceptable quota limits would undeniably harm not just those who fish for black sea bass, both recreationally and commercially, but also the myriad of shore side businesses that depend on black sea bass.  Reopening the fishery for the month of June with weekly catch limits would allow commercial fishermen to more adequately prepare and adjust, while ensuring that this important stock is conserved.

Furthermore, current and up-to-date science is crucial to ensuring the conservation and continued sustainability of not only black sea bass, but all our Mid-Atlantic species. The peer reviewed and accepted black sea bass benchmark stock assessment workshop was completed in 2008 and updated again in 2012.  As I am sure you are aware, these benchmark assessments should take place every ‎five years.  At this point, I am aware that a new black sea bass benchmark assessment is under way and is set to be completed in December of this year. I implore you to ensure that this benchmark assessment remains on schedule. This will ensure that decisions as important as these are made with the most up-to-date science available. I look forward to working with you on these very important issues.‎