Acting Nassau County District Attorney Madeline Singas announced the arrest today of a Syosset man for criminal neglect of his pet Shih Tzu that a veterinarian estimates to have lasted at least six months. 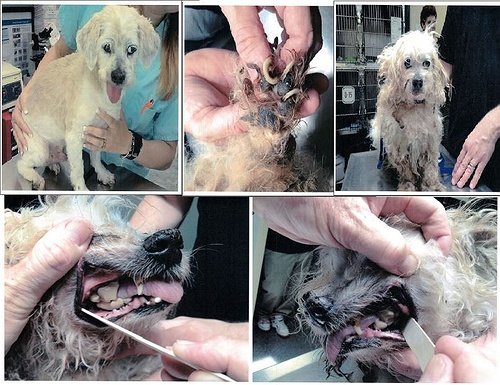 Patrick Benjamin, 30, was arrested by DA investigators and arraigned today on a charge of Failure to Provide Proper Sustenance (an A misdemeanor). Nassau County District Court Judge Paul Meli conditionally released Benjamin to probation. Benjamin faces a maximum sentence of one year in jail, and is due back in court on July 23.

“Animals have no means to defend or provide for themselves in the face of severe criminal neglect like that in this case, which is why tips from the community and the cooperation of local officials are so important,” Acting DA Singas said. “I urge all Nassau County residents to contact my Animal Crimes Unit if they suspect animal abuse in their neighborhood.”

Acting DA Singas said that on May 27 at approximately 3:15 p.m., local animal control officials in Syosset responded to a report of an apparently stray 10-year-old Shih Tzu outside Benjamin’s home, and impounded the dog for examination and care. Municipal and private veterinarians found that the dog had suffered severe neglect, being deprived of nutrition, hydration, basic hygienic and dental care, and veterinary care, for at least six months. The dog had matted hair covered in feces and urine; had severely rotted gums and teeth, with many teeth falling out; and had nails so long and curled that they cut into the dog’s paw pads.

Later that day, Benjamin visited his local municipal shelter and identified himself as the owner of the impounded dog, named Stanley. Benjamin surrendered to Acting DA Singas’ Animal Crimes Unit for arrest in the case today.