A.G. Schneiderman Honors The LGBT Community During Pride Month And Encourages All Community Members To Know Their Rights 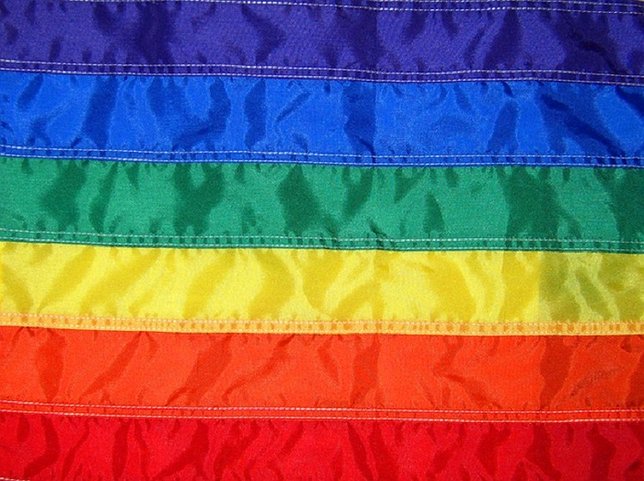 LGBT New Yorkers are protected from discrimination by state and local laws.

“My office is deeply committed to the principle of equal protection under the law, and assuring that all New Yorkers’ civil rights – including LGBT New Yorkers – are vigorously protected.  This month we raise the rainbow flag, whose colors symbolize the diversity of the LGBT community in our state and nation, and honor the status of those diverse community members as equal citizens.  Only a year ago, the U.S. Supreme Court affirmed what New York State had already made clear by law since 2011—that it is an essential, and profound, civil right to be able to marry the person you love regardless of whether that person is of the same or opposite sex.  This month we celebrate the incredible march toward equality, while at the same time recognizing that the LGBT rights movement is not over and more work remains to be done.”

Over the past few years, the Attorney General has worked to ensure equality for all LGBT New Yorkers. These efforts have led to:

Sexual orientation: The New York State Human Rights Law prohibits discrimination on the basis of sexual orientation in the areas of employment, housing, credit, education, and public accommodations.  State law also prohibits discrimination on the basis of marital status, and together these protections do not allow for discrimination against same-sex couples.  Because these laws cover public accommodations – like event spaces or venues, catering companies, bakeries, florists, or photography businesses – it is unlawful for those businesses to refuse to provide services to same-sex couples in the same way that they would provide services to opposite-sex couples.  Nor does state law allow businesses to claim that they are exempt from providing services because of any religious objection to same-sex couples.

In addition to New York State law, many localities also protect residents from discrimination based on sexual orientation.  Some of these include the cities of Albany, Troy, Rochester, Buffalo, Binghamton, Ithaca, and New York City, as well as Westchester, Nassau, Suffolk, Albany, Tompkins, and Onondaga Counties.  If you or someone you know has been denied services on the basis of sexual orientation or being a part of a same-sex couple, the Attorney General urges you to contact his office at the number below.

In addition to New York State law and regulations, many localities also protect residents from discrimination based on gender identity.  Some of these include the cities of Albany, Rochester, Buffalo, Binghamton, Ithaca, and New York City, as well as Suffolk, Tompkins, and Westchester Counties. In New York City, Mayor Bill De Blasio’s March 2016 executive order guarantees people access single-sex facilities – like public bathrooms and locker rooms – based on their gender identity, without requiring proof of identification. If you or someone you know has been denied services on the basis of gender identity, the Attorney General urges you to contact his office at the number below.

Protections for students: Students in New York State are also protected by the Dignity for All Students Act.  This law seeks to provide the state’s public elementary and secondary school students with a safe and supportive environment free from discrimination, intimidation, taunting, harassment, and bullying on school property, school buses, and during school functions.  The law explicitly protects students on the basis of sexual orientation, sex, and gender identity.

If you or a student you know has faced bullying or harassment at your school on the basis of sexual orientation or gender identity, the Attorney General urges you to contact his office at the number below.

New Yorkers who believe they have been discriminated against based on their actual or perceived sexual orientation or gender identity are encouraged to contact the Attorney General’s Civil Rights Bureau at (212) 416-8250 to file a complaint.