assau County Executive Edward P. Mangano and members of the Long Island Rail Road (LIRR) Commuter Council - which serves as the voice of all LIRR riders - today announced the grand opening of their ... 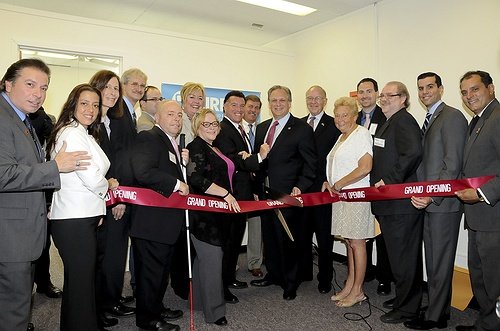 The LIRR Commuter Council was formed in 1981 by the State Legislature, and was designed to improve communications between the LIRR and its customers as well as to strengthen operational efficiencies to create a more pleasant passenger experience. The legislation, which created the LIRR Commuter Council established the organization as the official representative of riders and originally only included representation of riders from Nassau and Suffolk Counties, but in 1999 the Council expanded to include New York City riders as well. The council is made up of volunteer members who are appointed by the Governor upon the recommendation of the Nassau and Suffolk County Executives as well as the Brooklyn and Queens Borough Presidents.

The new LIRR Commuter Council office is fully operational and functions on an as needed basis for commuters who have concerns regarding their rider experience. For more information or to contact the LIRRCC please call (516) 571- 5780 or email.