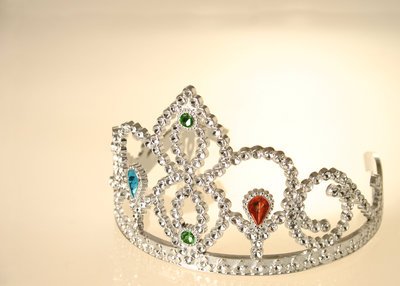 Bravo’s reality department will be taking a break from the entitled lives of “Real Housewives” and moving to a younger audience in its new series “Princesses: Long Island.”

The show is set to premiere on Bravo on Sunday, June 2, and will feature six college-educated young Long Island women who come from “affluent areas of “Longuyland,” says Bravo in a pitch that appears ripe with Long Island stereotypes.  Akin to Bravo’s “Real Housewives” series, “Princesses: Long Island” will chronicle how the women “live pampered lifestyles in the comfort of their parents’ homes and at the expense of their bank accounts,” says the Bravo website.

Outside of the women’s homes, the show is also filmed at the Wearhouse women’s clothing boutique in Great Neck, Aura Salon and Steven Dann shoes in Great Neck, an Sugar social club in Carle Place.

Two of the six are trying to break out as entrepreneurs –Bertoncini runs her own drink holder company called The Drink Hanky, and Lauren is beginning to market her lip gloss and breath-freshening product Kissamint LLC.

All of the women on the show live with their parents at least part-time, and Bravo seeks to show what these wealthy members of the Boomerang Generation will do – if the college graduates will eventually be confident enough to move out on their own, if they will they find the “prince charming” that many of them are seeking, or if they will continue to live comfortably with their parents.

For more on each of the cast members, here are the cast bios posted on Bravo’s website:

Amanda Bertoncini: At only 27 years old, Amanda works hard for her tiara running her own high-fashion drink holder company called The Drink Hanky. Amanda has a passion for fashion and sees every day as an opportunity for a photo shoot. Amanda balances her brutal honesty with a big heart and an even bigger laugh. Her independence and leadership stem from being the oldest sister in a divorced home. She lives with her spunky mom in Great Neck who loves injecting herself into Amanda's fabulous life. Amanda stays in shape with her workout partner and boyfriend, Jeff, who she met on the Long Island Railroad. The envy of many single Long Island ladies, she found her prince charming and can't wait for their future life together. Despite the comforts of living at home and having a boyfriend, Amanda plans to grow her empire and stay in the spotlight.

Casey Cohen: Casey is a blonde bombshell who isn't afraid to speak her mind. Casey lives part-time with her mother in Jericho and part time in Manhattan where she earned a Bachelor of Science in Studio Art and a Master's Degree in Art Education at NYU. When she isn't working on her art or staying fit at SoulCycle, she works for the hospitality company The Butter Group: Butter, 1OAK and The Darby. She is very passionate about art and education and is always finding a way to give back. Casey puts her family and friends first and is loyal to the end, which explains why she and Coco have been best friends for so many years. Casey won't settle for just anyone, and requires her prospects to love life as much as she does.

Erica Gimbel: Hailing from Old Westbury, Erica's witty, outgoing, warm and vivacious personality has always made her a standout on the Island. Erica enjoyed a fairy-tale upbringing, vacationing on tropical islands and cruising on her father's yacht. Erica has a love for the arts, and her passions include singing and dancing. After studying communications at Indiana University, Erica has worked in event planning and public relations. She can be found hanging out with her boyfriend, going dancing with friends, spending quality time with her family and spoiling her two Cavalier King Charles Spaniels. Erica loves getting a great tan at the beach, following the latest fashion trends and absorbing all things media and entertainment. Erica's mantra is" "be true to yourself, good, bad or indifferent."

Joey Lauren: Joey is a driven young woman known for her wit, sarcasm and at times, her sharp tongue. Despite most of her friends being engaged, married or divorced, Joey is in no rush to settle down; especially after having her heart broken by her ex who she believed was "the one." Joey currently lives at home in Freeport with her family, but does not enjoy being financially dependent and would prefer to be on her own. While trying to move out of the house, Joey is also following her entrepreneurial dreams with her company Kissamint LLC, a playfully sophisticated line of lip conditioning gloss and breath-freshening drops packaged together in a single component. Despite her modest budget, Joey makes her appearance a priority by hitting the gym and curating the hottest wardrobe she can afford.

Chanel (Coco) Omari: Chanel AKA "Coco" is the social connector on Long Island and NYC who always knows where the hottest parties are, but only when they start after the Sabbath. Growing up in the affluent area of Great Neck, Chanel has it all and isn't afraid to be herself. This social butterfly is best friends with Casey, but always makes time for her other friends. The dating game hasn't come easy for Chanel as she falls in love quickly and ends up heartbroken, but she hasn't lost her hope of finding "the one." Her family constantly pressures her to find a good Jewish man, especially since her younger sister is engaged. This princess takes pride in being down-to-earth and feels strongly that everyone should be treated equally. Chanel puts her social skills and journalism degree to good use with a website where she blogs about the hottest things trending on Long Island and NYC, including love and dating. She aspires to have her own talk show one day where she can help women feel confident about themselves and continue to believe in love.

Ashlee White: Ashlee feels her life is almost perfect; she has an amazing family, exciting lifestyle, great sense of fashion and loads of self-confidence. The only thing missing in her life is the man of her dreams, who is difficult to find due to Ashlee's astronomically high standards. Ashlee loves living at home in Roslyn with her best friends, who also happen to be her parents. This petite princess has a larger-than-life personality, a huge heart and an even bigger shoe collection. Her motto is: "if I can't wear stilettos, I can't go." Ashlee hopes for a traditional marriage where she will be a stay-at-home mom and take care of her husband like a king. Despite the difficulty in finding a man who can keep up with Ashlee's lavish lifestyle, she does not plan to settle - or move out of her parents' home - any time soon.