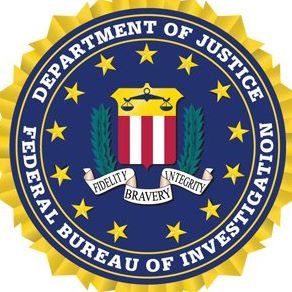 New York, NY - May 20, 2015 - Earlier today, Thomas Torre, the former Chief Financial Officer of Metro Fuel Oil Corp., pled guilty to conspiracy to commit bank fraud. According to court filings and facts presented during the plea proceeding, Torre conspired in a scheme to overstate Metro Fuel’s accounts receivable in order to draw from a revolving line of credit issued by New York Commercial Bank. The fuel company later filed for bankruptcy after fraudulently obtaining over $30 million from the bank.

“Through his deceit and trickery, Torre defrauded New York Commercial Bank in an amount exceeding $30 million,” stated Acting United States Attorney Currie. “We will remain alert to such schemes and will aggressively prosecute those who would steal from our financial institutions.” Mr. Currie extended his grateful appreciation to the Federal Bureau of Investigation, the agency which led the government’s investigation.

From approximately July 2007 to July 2012, Torre and others falsely overstated the company’s accounts receivable on certificates submitted to the bank at least once per month by not recording cash payments from customers and by creating fictitious invoice amounts. The bank relied on this misinformation in determining the amount Metro Fuel could borrow on its revolving line of credit. By September 2012, Metro Fuel could no longer pay its bills and filed a voluntary petition for bankruptcy.

Today’s guilty plea took place before United States District Judge Pamela K. Chen. When sentenced, Torre faces up to 30 years in prison, as well as forfeiture and a fine.

The charges were brought in connection with the President’s Financial Fraud Enforcement Task Force. The task force was established to wage an aggressive, coordinated and proactive effort to investigate and prosecute financial crimes. With more than 20 federal agencies, 94 U.S. attorneys’ offices, and state and local partners, it’s the broadest coalition of law enforcement, investigatory and regulatory agencies ever assembled to combat fraud. Since its formation, the task force has made great strides in facilitating increased investigation and prosecution of financial crimes; enhancing coordination and cooperation among federal, state, and local authorities; addressing discrimination in the lending and financial markets; and conducting outreach to the public, victims, financial institutions, and other organizations. Since fiscal year 2009, the Justice Department has filed over 18,000 financial fraud cases against more than 25,000 defendants. For more information on the task force, please visit www.StopFraud.gov.