LI children with special needs showcased athleticism and abilities while learning socialization and sportsmanship as they competed in the 2016 NCPAL Special Olympics NY Basketball Tournament. 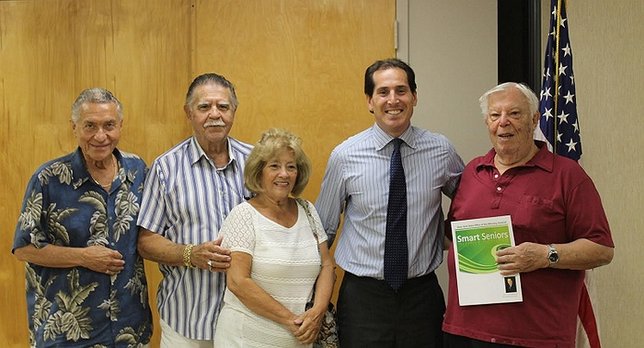 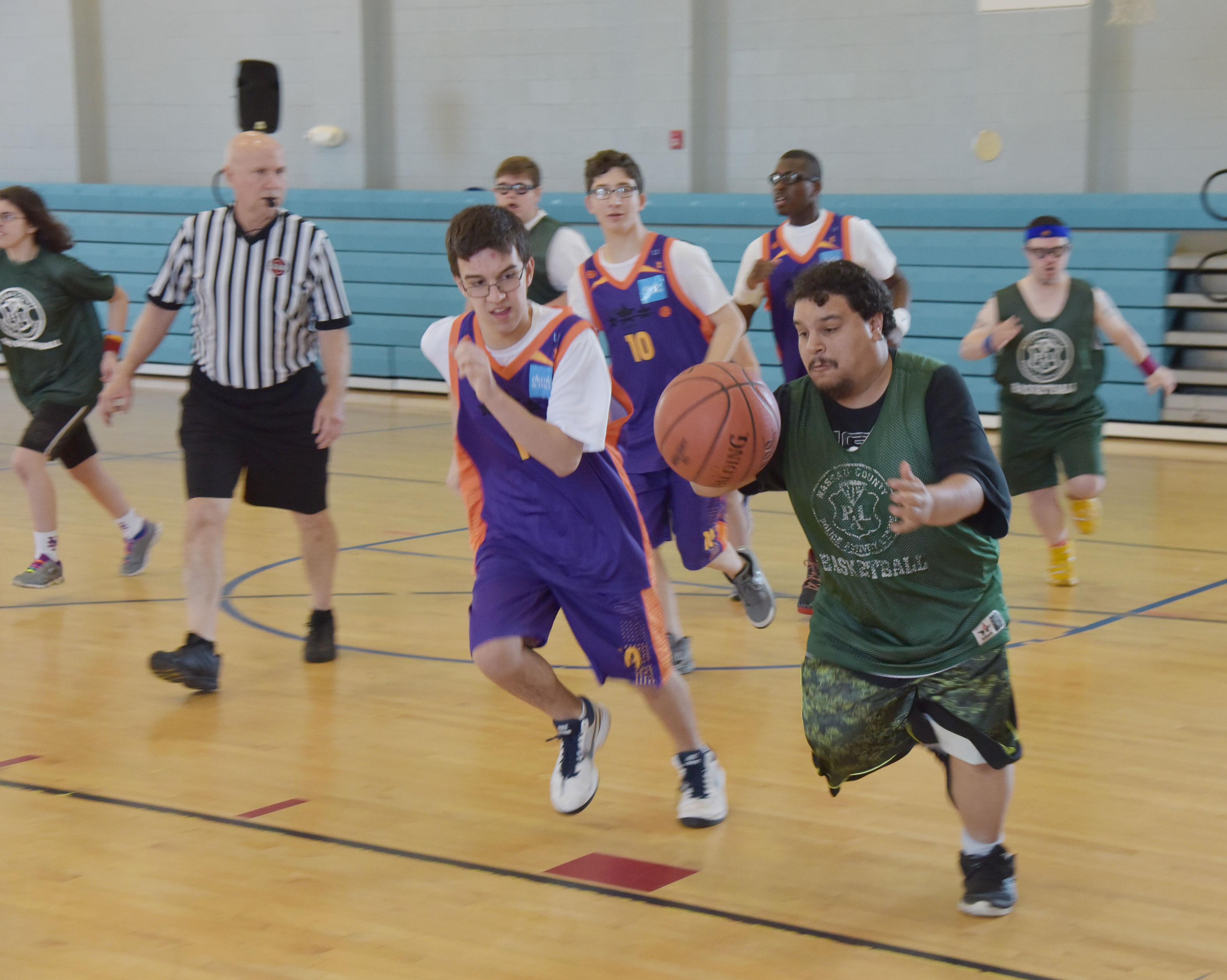 Pictured are players from the Dream League team (purple) and the NCPAL Special Needs Unit Knights (green) competing in a recent Nassau County PAL and Special Olympics basketball tournament at the Town of Oyster Bay Athletic Center in Hicksville. Photo credit: Courtesy Corbett Public Relations.
The games opened after the athletes recited the Special Olympics Athlete Oath: “Let me win, but if I cannot win, let me be brave in the attempt.”  This was the eighth time Nassau County PAL participated in the Long Island Region of Special Olympics New York basketball program and the sixth time it has hosted the tournament.
The teams participating in the tournament included the Special Needs Unit Knights; New Hyde Park Knights; Commack Sharks; Long Island Lions; Queens All-Stars; Be the Best; Dream League and the ACDS Thunderbolts. Athletes ranged from age 12 to mid-to-late-40s.
NCPAL Special Needs Unit Board Members Harvey Pollack, Frank Simeone, Eileen Hoberg, Nancy Pope, Roberta Grogan and Joan Crader were joined by Sgt. Doug Kenah Commanding Officer of NCPAL, Police Officer/Director Jethro Cardona, Police Officer/Director Matt Perlungher and Master of Ceremonies, NCPAL Basketball Director Ed Dempsey, as well as numerous high school volunteers and Hicksville Fire Department EMS members to support and encourage the participants in front of an estimated 500 spectators.
“We look forward to this tournament event each year and are excited over our athletes’ participation and having both the F.R.E.E. drum corps. and the new NCPAL Special Needs cheerleaders to cheer them on as they compete. The Special Olympics New York Basketball Tournament presents a fun-filled forum that fosters important fundamentals of socialization, sportsmanship and teamwork for children and young people with special needs,” said Harvey Pollack, NCPAL Trustee Special Needs Unit.
Special Olympics New York Regional Director Diane Colonna commented, “This tournament provides a place where participants can be treated equally among their peers while focusing on their abilities, not their disability.”
“Sports play an invaluable role in everyone’s development both on and off the fields of play,” Tim Flynn, director of programs at Special Olympics New York, said. “When you see these athletes compete during the tournament, it becomes very apparent that these athletes are far more capable than most people realize.”
The Special Needs Unit of Nassau County Police Activity League serves children and adults with varying disabilities. Sport, recreation and socialization activities are beneficial for individuals with special needs who have difficulty fitting into typical sports programs. Its primary goal is to develop physical, mental and social skills to help those with special needs gain confidence and self-esteem for reaching their maximum potential.
For volunteer opportunities or to learn more about NCPAL programs for boys and girls,
visit www.nassaucountypal.org; www.specialneedspal.org and on Facebook.
To see photos from the NCPAL Special Olympics New York Basketball Tournament, please visit here.
Nassau County Police Activity League (NCPAL), founded in 1940, is a tax-exempt, not-for-profit organization that operates twenty-eight (28) local units, which cover over forty (40) different communities in Nassau County. An executive board, a board of trustees and hundreds of volunteers carry out the organization’s mission each day. The NCPAL mission is to prevent juvenile delinquency and steer children clear of gang activity, and to aid in the positive interaction of Police Officers and youth. The Nassau County Police Department provides officers to oversee these units and to interact with the youths of these communities. Activities that are offered include sports, crafts, educational, and other programs. These activities vary from unit to unit and are based on the local community needs and interests.