The Suffolk County Police Department has issued a Silver Alert for a missing elderly man from Middle Island. 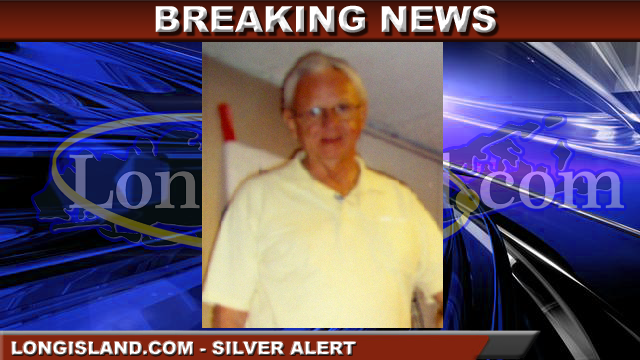 Charles Klinkenberg, 78, of Middle Island, is a missing vulnerable adult with dementia and may be in need of medical attention. Anyone with information on his whereabouts is asked to call 631-852-6410 or call 911.

Update - May 18, 2016 - The New York State Missing Vulnerable Adult Alert on behalf of the Suffolk County Police Department 6th Precinct for Charles Klinkenberg is now cancelled as of 10:51 am on May 18, 2016.

The original Silver Alert is below.

Middle Island, NY - May 18, 2016 - The Suffolk County Police Department has issued a Silver Alert for a missing elderly man from Middle Island.

Charles Klinkenberg, 78, was last seen at home on Robin Drive in Middle Island on Tuesday, May 17 at approximately 6:00 p.m.  He left his residence for an unknown destination and is driving a white 2013 Chevy Cruz with a New York license plate DYJ7158.

Charles Klinkenberg is a 78-year-old missing vulnerable adult with dementia and heart disease and may be in need of medical attention.

Klinkenberg is described as a white male, 5 feet 10 inches tall, approximately 175 pounds. He has brown eyes, and short white hair.  He was last seen wearing a black leather jacket with black jeans, a red shirt and white sneakers.  He was also wearing eyeglasses.

Anyone with information on Charles Klinkenberg’s whereabouts is asked to call the Suffolk County Police Communications Duty Officer at 631-852-6410 or call 911.