By Christian Abbatecola Published: May 18 2013

The Knicks and Rangers both trail in round 2 of the playoffs, but hope to battle their way into the semifinals. Still early in the season, the Yankees and Mets both benefitted from fantastic pitching ... 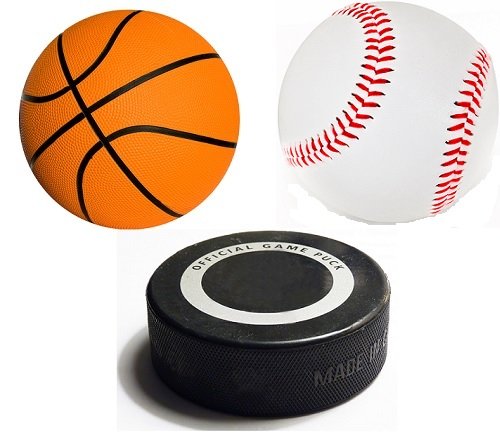 Most of the scoring in the first game of the second round of the NHL postseason occurred in a very brief timespan for the Rangers and Bruins on Thursday. After Boston scored the first goal of the night more than 12 minutes into the second, McDonagh tied the game at 1 apiece with only two seconds left in the period. New York held a short-lived lead when Stepan scored their second goal 14 seconds into the third, but the Bruins tied the game again less than three minutes later.

There would be no more scoring in regulation, making way for a hard-fought overtime period which lasted over 15 minutes. Unfortunately for the Rangers, it was Boston’s Marchand who sneaked the puck into the back of the net after 15:40 of OT. Lundqvist was taken to the limit in the 3-2 loss, blocking 45 of 48 shots over nearly 76 minutes.

The Rangers will try to even the series on Sunday at 3:00 PM.

For the second straight game the Knicks found their offense completely stifled by the Pacers’ dominant rebounding game and their own poor shooting performance on Tuesday. New York was held to under 20 points in both of the first two quarters, entering halftime down 48-34. They made a small dent in the deficit in the third, but only enough to end up losing the game by 11 points—82 to 93.

Carmelo Anthony led the team in scoring with 24 points, but it took him 23 shots to get there, 14 of which he missed. JR Smith put up 19, hitting only 7 of 22 from the field, and Raymond Felton scored 14 on nearly 50% shooting. Tyson Chandler also made almost half of his shots, posting a double-double on 12 points and 10 rebounds.

Facing elimination, the Knicks returned home on Thursday to Madison Square Garden, where Melo and Smith stepped their game up just enough to keep the season alive. Though their offensive output was not quite as high as the team may have liked early on, their defense covered that shortcoming as they slowly built a growing lead throughout the night. New York led 19-15 after the first quarter and 40-34 at the half. Both teams ramped up production in the third, but the Knicks were stronger still as they added another 4 points to the spread en route to an 85-75 victory.

Anthony had a game-high 28 points on 12-28 shooting, and Smith contributed 13 on 4-11. Chris Copeland played for nearly 20 minutes and used that time to put up 13 as well, hitting 4-6 and going 3-4 from three-point range. Felton scored 12 on 6-14 from the field. Rebounding played a major factor in the win, as the Knicks were only outdone by 3 boards this time around (the Pacers out-rebounded the Knicks by a combined 107-77 in the previous two games).

Now down 3-2 in the series, the Knicks will try to even the tally and force a decisive Game 7 at home. Game 6 will be played in Indiana at 8:00 PM today.

Mets’ Harvey Does it All

The Mets narrowly avoided a sweep at the hands of the Cardinals this week. After dropping the first game 3-6, they were utterly trounced in Game 2. St. Louis hit Dillon Gee for 3 runs in the first inning, then knocked him for another 3 in the third. Gee was taken out of the game in the fifth, but Carlos Beltran’s 3 run homer later midway through the inning put the Mets down 9-0. New York did string together a few runs in the sixth to try to make the game look somewhat respectable, but they fell 10-4 nonetheless.

For a brief moment in the seventh inning, the Mets looked as though they could potentially win Game 3 when Rick Ankiel brought John Buck home with him on a homerun which tied the game 2-2. The Cardinals responded with a run in the bottom of the inning and another in the eight to take the game 4-2.

Thursday’s conclusion to the series saw St. Louis take an early 1-0 lead with a run in the second inning, but Daniel Murphy and David Wright responded in the third with a pair of RBI’s. Wright and Duda added a couple more runs to the lead in the sixth as New York went on to win 5-2. Niese (now 3-4) got the win and Parnell picked up his fourth save.

Matt Harvey continued his stellar start to the season with another strong showing yesterday against the Cubs. After David Wright homered in the top of the first, Harvey did allow two runs on an Alfonso Soriano single in the bottom of the inning, but they were the last runs Chicago would earn. Murphy homered in the fourth to tie the game and Harvey made sure to get credit for his 5th win when he brought Ankiel home on a single in the seventh. Parnell got his 5th save in the 3-2 victory.

Now 16-23 on the season, the Mets will try to climb back up the rankings when they continue the series in Chicago at 1:05 PM today.

The Yankees got off to a good start when Ichiro Suzuki’s old friends came to town. CC Sabathia allowed a run in the third and 2 more in the sixth as he opened up Game 1, but the Yanks chipped away at the deficit. Lyle Overbay’s double in the bottom of the sixth brought Curtis Granderson home, and Cano’s double in the seventh scored Nelson and Gardner. Overbay contributed another run on a sac. fly in the seventh to put New York over 4-3. Mariano Rivera got his 16th save to close out the night.

Game 2 was never even a contest as Seattle hit Phil Hughes for 7 runs in the first inning, forcing him to be taken out of the game before he could even find a third out. The bullpen did what it could to slow the bleeding, but Vernon Wells’ homer in the bottom of the first and Chris Stewart’s homerun in the fifth proved the only offense the Yanks could muster. They lost 12-2.

The rubber game was much closer, with both teams putting up a single run in the second inning. The Mariners hit Andy Pettitte for second run in the fourth and Shawn Kelley for one in the sixth. Cano singled in Stewart in the seventh to bring the score back within 1, but the Yankees could not capitalize and fell 3-2.

New York looked ready to forget its trouble with Seattle when the Blue Jays came to town last night. Bret Gardner scored what would prove the only run necessary on a Cano groundout in the first inning, but the Bronx Bombers added another run in the fifth and three more in the seventh as Hiroki Kuroda breezed through Toronto’s batters. Kuroda struck out five over the course of 8 innings in a 5-0 shutout of the Jays.

With a 26-16 record the Yanks remain a game and a half ahead of Boston in the standings, and will look to pad that lead when the play Game 2 against Toronto at 1:05 PM this afternoon.