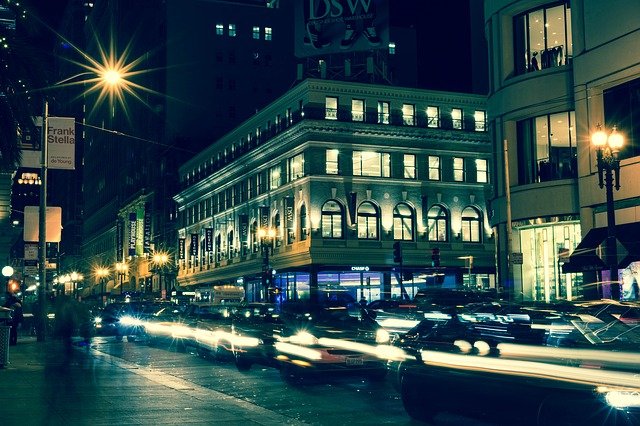 Albany, NY - May 16, 2017 - Governor Andrew M. Cuomo today launched the second round of the successful Downtown Revitalization Initiative, a comprehensive approach to boosting local economies by transforming communities into vibrant neighborhoods where the next generation of New Yorkers will want to live, work and raise a family. In its second year, the program will invest $100 million into 10 additional downtown neighborhoods across the state. One downtown will be selected by each of the state's 10 Regional Economic Development Councils. The REDCs will solicit applications for downtowns that are ripe for revitalization and have the potential to become magnets for redevelopment, business, job creation, greater economic and housing diversity, and opportunity. Applications for the second round must be submitted by 4 p.m. on Wednesday, June 14, 2017.
"This new Downtown Revitalization competition will build upon the demonstrated success of Round I, allowing even more communities across the state to reach their full potential," Governor Cuomo said. "With this funding, we can provide 10 more forward-thinking communities the opportunity to transform their downtowns into vibrant economic hubs for people to live, work and raise a family."
In the first year of the DRI, $100 million was awarded to 10 communities -- one in each region as nominated by its Regional Economic Development Council, to identify and implement projects that will revitalize their downtowns. Those communities completed strategic investment plans in March of this year with the assistance of state and outside experts. Key projects will be advanced using the DRI funding in the coming months.
New York Secretary of State Rossana Rosado will spearhead the latest effort with a team of private sector experts and planners from the New York Department of State, with support from the Division of Homes and Community Renewal and other state agencies. The state will assist selected municipalities in building strategic investment plans and identifying transformative projects consistent with the initiative’s goals.
Empire State Development President, CEO & Commissioner Howard Zemsky said, "Working collaboratively to revitalize downtowns is a cornerstone of our approach to economic development and the Governor’s commitment to invest another $100 million across the state will pay big dividends for New York. Last year, the Downtown Revitalization Initiative was a great success and this second round will help even more communities create vibrant, walkable downtowns that are a magnet for the young, well-educated people and innovative businesses that strengthen and diversify local economies."
Secretary of State Rossana Rosado said, "This program was extremely well accepted last year, with 123 communities competing for a DRI designation. We look forward to working with the 10 additional communities nominated by the Regional Councils this year to identify strategic investments for their downtowns that will help attract new and growing small businesses, improve the visitor’s experience, and attract more residents to downtown."
NYS Homes and Community Renewal Commissioner RuthAnne Visnauskas said, "The state’s groundbreaking Downtown Revitalization Initiative gives municipalities and government agencies a creative, common sense and effective way to combine different economic development efforts into a cohesive plan. Governor Cuomo’s approach is rooted in the fact that DRI is essentially a community-based grassroots effort. They know best what they need to realize their goals and what resources can be dovetailed to get the best results. We know that thanks to this holistic model, the high-quality, mixed use housing that HCR funds will benefit the residents now and promote downtown health, growth and vitality now and into the future."
For round two, each Regional Council will weigh eight criteria to select its nominee:
Once the 10 DRI communities are selected, the process of developing the DRI Strategic Investment Plan will commence. A Local Planning Committee, appointed by the Secretary of State in coordination with community leaders, will work with the consulting team, state planners, and key municipal representatives to guide and direct the establishment of a community-based vision for revitalizing downtown and the development of a Strategic Investment Plan. Strategic investment plans will examine local assets and opportunities, and identify economic development, transportation, housing, and community projects that align with the community’s vision for the downtown, that are poised for implementation, and that can leverage and expand upon the state’s $10 million investment. Plans will be complete in early 2018.
Projects selected for funding through the first round of DRI will be announced later this year.
The 10 first round Downtown Revitalization Initiative winners were:
To review program information, desired attributes of downtowns nominated for participation, and to apply, please go to https://regionalcouncils.ny.gov/.