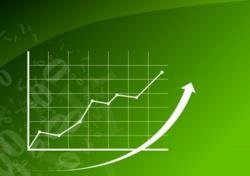 The funding, which will be available beginning September 23rd, is being provided by NYSERDA using Regional Greenhouse Gas Initiative (RGGI) auction proceeds.

"I am pleased that with this funding the State will be able to continue assisting Long Islanders in making solar power an affordable energy option, and will send a signal to the thriving solar industry across the State that we will take steps to reduce the likelihood of market disruptions," said Richard Kauffman, Chairman of NYSERDA. “Under Governor Cuomo’s NY-Sun initiative, the State is committed to investing in this renewable energy resource to not only transform the solar market but to create green jobs and stimulate economic activity throughout New York.”

“Governor Cuomo’s NY-Sun initiative is a collaborative effort among public and private entities who are all working toward the common goal of achieving greater acceptance and use of solar power in New York State,” stated Janet Joseph, Vice President, Technology and Strategic Planning, NYSERDA.  “The Solar Pioneer program is just one example of the investment being made by the State in diversifying its renewable energy portfolio which will lead to a reduction in greenhouse gases and less strain on the grid.”

Given the declining costs in solar, the increasing number of solar contractors in the region and the strong continued demand for solar systems, LIPA has readjusted the Solar Pioneer program’s rebate structure several times over the past year, including as recently as August 1, to handle the increase in customer demand.  However, LIPA suspended the program on Labor Day weekend due to continued high market demand and budget constraints.

LIPA Chief Operating Officer John D. McMahon said: "I would like to thank Governor Cuomo and NYSERDA for securing additional funds to support LIPA's nationally recognized Solar Pioneer program. These funds will enable LIPA to re-open its residential solar rebate program making solar more affordable to our customers while sustaining a growing clean energy economy on Long Island and helping to further advance our goals under the Governor’s NY-Sun initiative.”

Since 2000, LIPA has provided financial incentives for the installation of more than 6,600 solar systems on Long Island through its customer-sited residential and commercial solar system programs. These systems now produce enough energy to power nearly 11,000 homes, highlighting Long Island’s robust solar industry which has developed the largest concentration of solar installations in the state.  LIPA expanded its solar programs last year by establishing the state’s first feed-in tariff for mid-to-large solar installations, and by allowing residential solar leasing.

Under NY-Sun, the solar industry in New York has experienced tremendous growth. A total of 299 MW of PV has been installed or is under development as part of NY-Sun through the  combined efforts of NYSERDA, the New York Power Authority and LIPA. More PV systems are being developed since NY-Sun was launched in 2012 than in the entire prior decade combined.

Providing this bridge funding for Long Island’s solar incentive program will help to ensure that Long Island continues the trend towards solar “grid parity” – which will eventually eliminate the need for any rebates – and is another example of New York’s recent efforts to mature its clean energy economy.  Last week, NYSERDA filed a petition with the PSC to capitalize the New York Green Bank.

The Green Bank will operate on a wholesale basis, partnering with private sector intermediaries by providing credit support, project aggregation mechanisms and other financial products that will unlock the flow of reasonably priced private sector capital into the clean energy sector.  NYSERDA expects the Green Bank to work in close coordination with NY-Sun and the best of the State’s other existing clean energy support programs, ultimately leading to efficient and sustainable private sector clean energy markets from Montauk to Buffalo.

For more information on the program, please visit www.lipower.org/residential/efficiency/renewables/solar.html.

About LIPA
LIPA, a non-profit municipal electric provider, owns the retail electric Transmission and Distribution System on Long Island and provides electric service to more than 1.1 million customers in Nassau and Suffolk counties and the Rockaway Peninsula in Queens. LIPA is the 2nd largest municipal electric utility in the nation in terms of electric revenues, 3rd largest in terms of customers served and the 7th largest in terms of electricity delivered. In 2011, LIPA outperformed all other overhead electric utilities in New York State for frequency and duration of service interruptions. LIPA does not provide natural gas service or own any on-island generating assets. More information about LIPA can be found online at www.lipower.org.