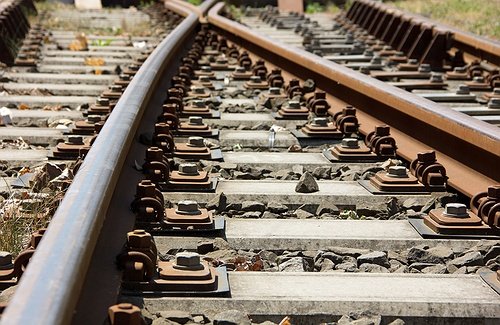 Long Island, NY - May 11, 2015 - The MTA Long Island Rail Road is introducing new system-wide timetables on Monday, May 18. The new train schedules, which will remain in effect until September 7, offer four significant service improvements and coincide with the annual introduction of seasonal summer services and the start of track work season throughout the railroad.

Eight weekend trains to/from Patchogue that had run from May to October will be extended to run year-round. With the addition of these trains, the LIRR is for the first time providing year-round, hourly weekend service as far east as Patchogue, the farthest east that the railroad has ever provided that level of weekend service. The additional trains allow customers to connect at Jamaica or Babylon for continuing service to Penn Station or Atlantic Terminal, Brooklyn.

The 7:01 a.m. seasonal Monday departure from Montauk will now stop at Patchogue at 8:36 a.m. en route to Hunterspoint Avenue.

Rush-hour customers at St. Albans, Queens, who previously had a 70-minute gap between Manhattan-bound trains, will have that gap filled by a new express train to Penn Station. The train will stop at St. Albans at 6:42 a.m. and run non-stop to Penn Station, arriving at 7:08 a.m. (This train will originate at 6:13 a.m. at Massapequa Park.)

Morning rush hour service to the LIRR’s terminal at Long Island City, Queens, is improving with the addition of a new 7:51 a.m. arrival that closes the prior 33 minute gap in service. This train will originate at Port Jefferson at 5:59 a.m. and make all stops to Greenlawn before running express to Mineola at 7:06 a.m., Jamaica at 7:20 a.m., and Hunterspoint Avenue at 7:41 a.m. before terminating at Long Island City.

Summer service enhancements to the East End of Long Island partially resumed on May 2 with the resumption of weekend service to Greenport and an early-morning round trip to Montauk. On May 21, full summer service resumes with:

• An additional Thursday evening train from Penn Station to Montauk

• Friday getaway trains include three additional seasonal trains to Montauk, including the famed Cannonball, and one additional train to Greenport.

• Additional weekday trains to and from Speonk.

• An additional weekend round trip to Long Beach.

• Five additional trains from Montauk and the Hamptons on Sundays, including the recently established westbound Cannonball

• One additional westbound train on Monday mornings from Montauk to Hunterspoint Avenue.

Summer is track work season, and over the period these new timetables will be in effect, LIRR crews will be out doing work to repair and rebuild the railroad’s tracks. Press releases will follow announcing details of the following planned service disruptions.

Crews will resume concrete tie installation between Huntington and Port Jefferson on the weekends of May 30-31, June 13-14, 20-21, 27-28, July 11-12 and 18-19. The work will require the eastern Port Jefferson Branch’s single track to be out of service. Customers going to or from Greenlawn, Northport, King’s Park, Smithtown, St. James, Stony Brook or Port Jefferson will transfer to buses instead of trains and should expect up to 17 minutes of additional travel time. For the first two weekends of this work, May 30-31 and June 13-14, train service between Hicksville and Huntington will be reduced from half-hourly to hourly as crews renew switches near Huntington.

Crews will demolish the Colonial Road Bridge in Thomaston on the weekend of June 20-21, which will require the track between Great Neck and Port Washington to be out of service. Port Washington Branch trains will run hourly instead of half-hourly, and will terminate and originate at Great Neck instead of Port Washington. Customers traveling to or from Manhasset, Plandome or Port Washington will transfer to buses or vans and should expect up to 25 minutes of additional travel time.

Crews will waterproof the LIRR’s bridge over Springfield Boulevard in Queens, which will require two tracks to be taken out of service between Jamaica and Queens Boulevard on the weekends of May 29-June 1, and June 26-29. As a result, westbound Hempstead Branch trains will bypass Queens Village and Hollis. And six Babylon-bound trains will be held for six minutes in Jamaica and operate on adjusted schedules to Babylon, and connecting train schedules will be adjusted.

For specific train times, please pick up a copy of the new May 19 – September 1, 2014 branch timetables. Schedules can also be found on the LIRR website or customers may call the LIRR Customer Service Center at 511, the New York State Travel Information Line, and say “Long Island Rail Road,” when prompted. The deaf or hard of hearing can use their preferred relay service provider for the free 711 relay to reach the LIRR at 511.